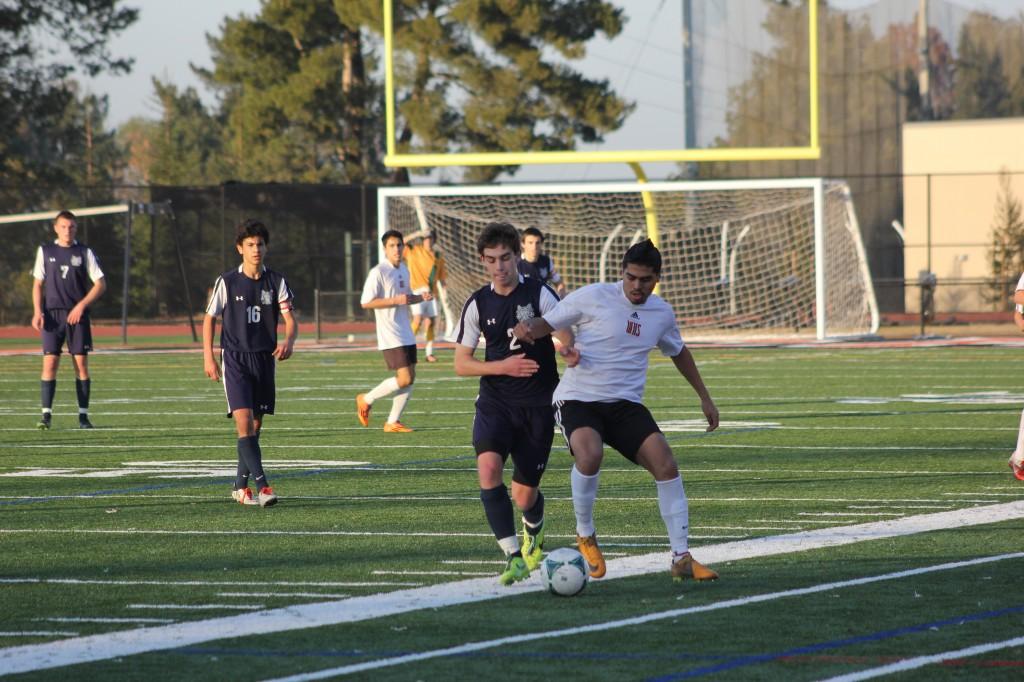 Carlmont’s Boys Varsity soccer faced off against the first place school Woodside High School on Friday evening.
The Woodside Wildcats took an early one point lead in the first half of the game, and kept the Scots from scoring for a majority of the game by playing a tough and rough defense. 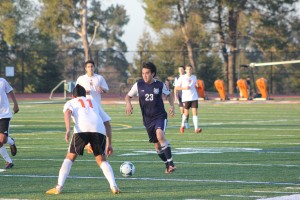 The Scots managed to sneak a goal past the Wildcats defense in the second half of the game keeping the score tied at 1-1 when the game concluded.
After the Wildcats scored their first goal, Jacob Segal played really strong and did not let any other balls past him. He managed to stop a lot of balls that looked as if they would go in.
Senior Yefri Castro said, “They were able to get the ball into our goal by crossing it to the other side of the field, throwing off the keeper and leaving the goal basically open on the other side where they scored.”
The Scots managed to get their goal by driving the ball deep into the Wildcats’ end of the field. The ball crossed over to the right side of their goal where Brandon Moyle used his body to have the ball roll across the front of the goal and past the goal keeper, where Nathan Rosenthal saw the opportunity to score.
The Scots were using a new formation that they had been working on. Coach Jodi Beloff said, “We need to continue to use our new formation and get more used to it.”
Senior Theo Fedronic said, “We had one our best practices yesterday, so going into the game today I think everyone was energized for the game. They were the best team in the league, so I am very happy we were able to play well against them. There were some sketchy calls which could have changed the outcome of the game, but it was still an amazing game.”
Both of the teams were playing as rough as possible and tempers definitely rose in the last 10 minutes of the game. The two teams tried everything they could to get another goal to win the game.
Beloff said, “It was the third game this week, so they were all a little tired. The game could have gone differently if this game was earlier this week.”