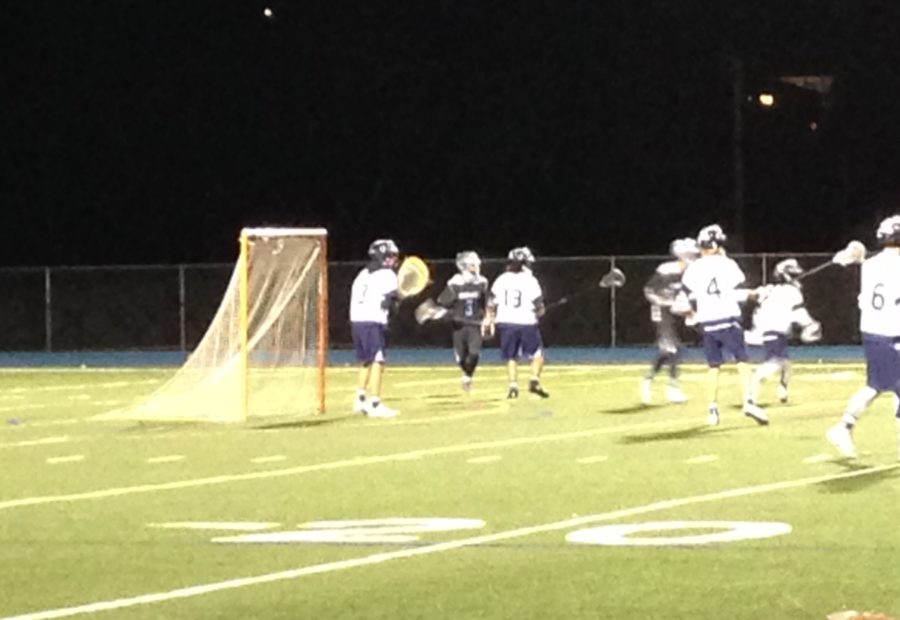 Tensions were high as the two teams lined up for the face-off.

“I was kind of iffy on the team,” said Jack Morris “We have a lot of new players, since we lost a lot of seniors last year.”

However, Morris’s concerns could not be seen in Carlmont’s play.

The game continued at a steady pace throughout the second quarter, ending the half with the Scots leading the Wildcats 4-2.

After another goal by Carlmont in the early minutes of the third quarter, Dougherty made a run. They scored twice within thirty seconds to trail Carlmont by only one point.

Carlmont didn’t let their opponent get to their heads and scored again in the middle of the third quarter, maintaining a clear lead over Dougherty.

Carlmont and Dougherty traded possessions and each scored once more in the third quarter.

With the final quarter about to start and the score still a close 7-5, both teams rallied their strength in hopes of bringing home a season starting win.

With six minutes left on the clock, Dougherty scored once more. The game was now one shot away from a possible overtime. Carlmont was tiring and began to make more and more small errors. Passes were dropped and shots were missed. All as Dougherty tried to come back to tie.

With just over a minute left on the clock, Dougherty passed down field bringing the ball dangerously close to Carlmont’s goal. After a few passes, the Wildcats took a shot on goal only to be blocked by the Carlmont goalie. This save was decisive in Carlmont’s win.

Carlmont managed to hold onto the ball for the last forty-five seconds to win the game 7-6.

The game was a huge confidence boost to kickstart the season.

To many, this strong start is a sign of a long and successful season ahead.

“It was our first game, so we got to see how everything works out. We worked together and got it done,” said Morris.

Carlmont’s next game is on Thursday, March 2 against Mountain View.