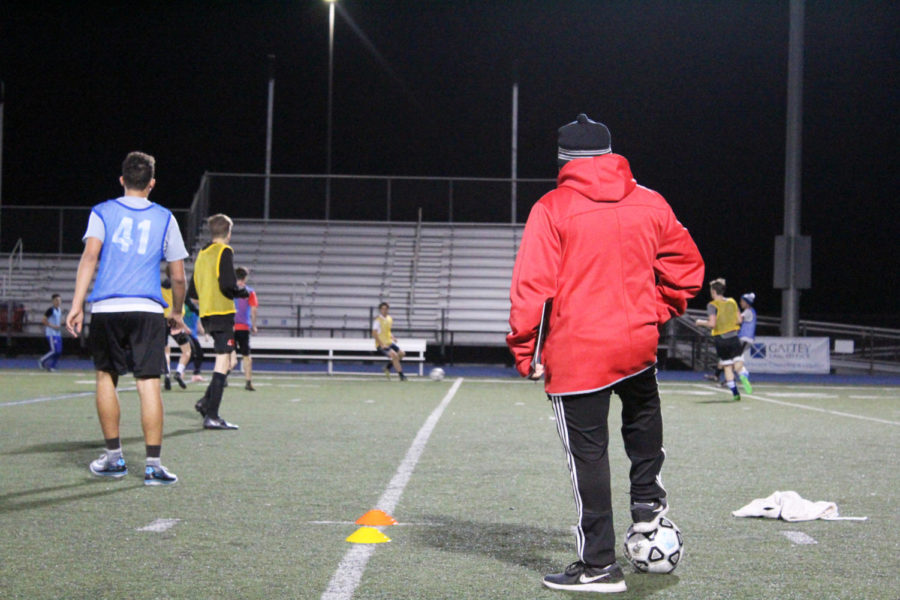 As winter is rounding the corner, Carlmont’s soccer players are training hard in preparation for another season. Last year’s varsity coach, Will Stambaugh, has removed himself from his position, allowing for the recruitment of Caballero, an experienced club soccer coach.

“We want to create an environment where there’s always harmony. You want them to enjoy each other, respect each other, and play with their best effort. It’s not about winning or losing for us; it’s about playing with the best effort. Everything else we will take care of. Our number one goal is to compete,” Caballero said.

Within the first few weeks of tryouts, which soon became practices, Caballero has already seen improvement within each individual and loves working with the Carlmont Athletics Department. Additionally, he enjoys the nighttime practices, as they allow the team to avoid uncomfortable weather. Regardless, he also mentions that the players come to practice ready to work and play hard.

“Throughout the season, I look forward to improving my technical skills as well as begin to play in a more intense environment since high school is very competitive. I also look to see how I compare to the seniors and will hopefully grow closer to the team as a whole,” said Vincent Wai, a junior.

“As teammates, we all care and look out for each other while also wanting to be successful in the season. We all try to push ourselves and each other to get better and learn as we play more and more together,” said Tyler Dartnell, a junior.

With 15 seniors who graduated in the class of 2018, there were many openings in this year’s roster, providing for a completely new dynamic to the team. From both Wai and Dartnell, the development of skills as a whole is a challenge that the team faces.

“I can see it all now. The levels of the 24 players that we picked are not different. That means that for every position, we have competition. That’s what makes you better,” Caballero said.