Boys varsity soccer fights for a win against Hillsdale 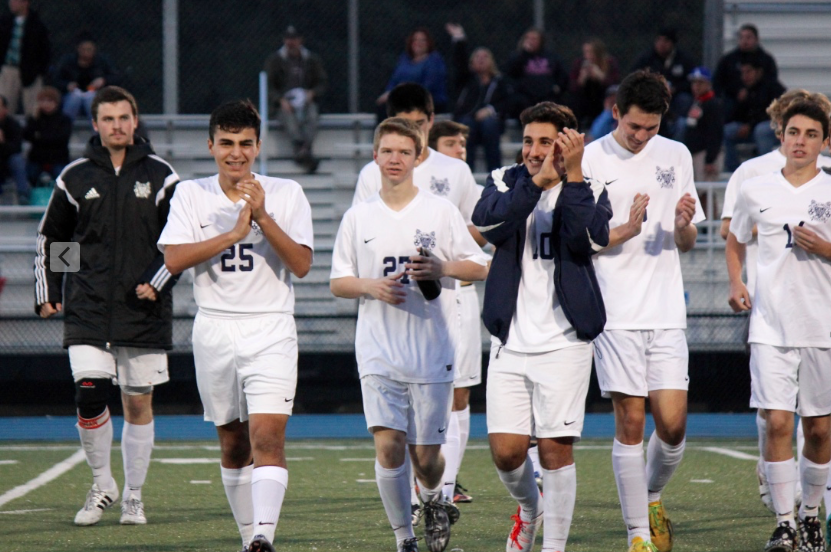 The Scots smile and clap in victory as they walk off the field.

The Scots scored the first goal at 18 minutes with a shot from far out by senior Max Storozhenko that landed cleanly in the corner of the goal despite the opposing goalie’s dive. The second goal came at 25 minutes to hype the Scots up further, and the third and final goal was scored at 63 minutes.

After a tough 80 minutes, Carlmont ended the game with a resounding 3-2 win against Hillsdale.

Junior Diego Ronderos said, “I thought we had a good first half, but the team became a little bit overconfident and didn’t fight as hard in the second half. This almost cost us the game, and we ended up playing with the clock in a game where we were clearly the better team.”

After the game, junior Leo McBride reflected on his role in the game. He said, “Hillsdale was starting to gain momentum, but my goal gave us a lead and some confidence. In the end it was the deciding goal, so I’m happy I put the ball in the back of the net.”

In order to build momentum for CCS, the boys varsity soccer team must focus on winning the last two games and making a final push to climb up the standings. Each game is a battle, and the players are ready to take it one game at a time.