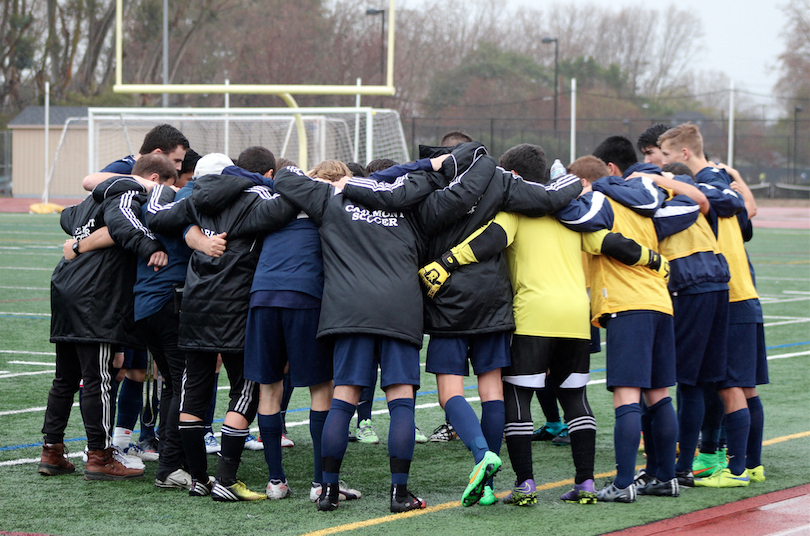 The players and coaches put their arms around each other during a pre-game pep talk.

With two previous losses to Menlo-Atherton and Menlo, the Carlmont boys varsity soccer players felt a drive to do well during the game against Burlingame. Their passion and effort paid off, and Carlmont ended with a resounding 4-1 win.

Senior and co-captain Spencer Stewart said, “I thought the game was just what we needed. Having had two tough losses in a row, we were ready to get one in the win column. I think our forwards really stepped up and put a lot of pressure on the Burlingame defense, so they were never able to gain ground on us.”

“The win was a good response to our two previous games that we didn’t do so well in, and it was nice to set the tone for the rest of the season. It’s coming,” said junior Daniel Wehara.

This week, boys varsity soccer will play against Aragon at home on Feb. 3 and against Half Moon Bay away on Feb. 5.

With four teams battling for first place, the players are looking forward to the last three weeks in league.