Varsity boys’ volleyball plays their best game of the season 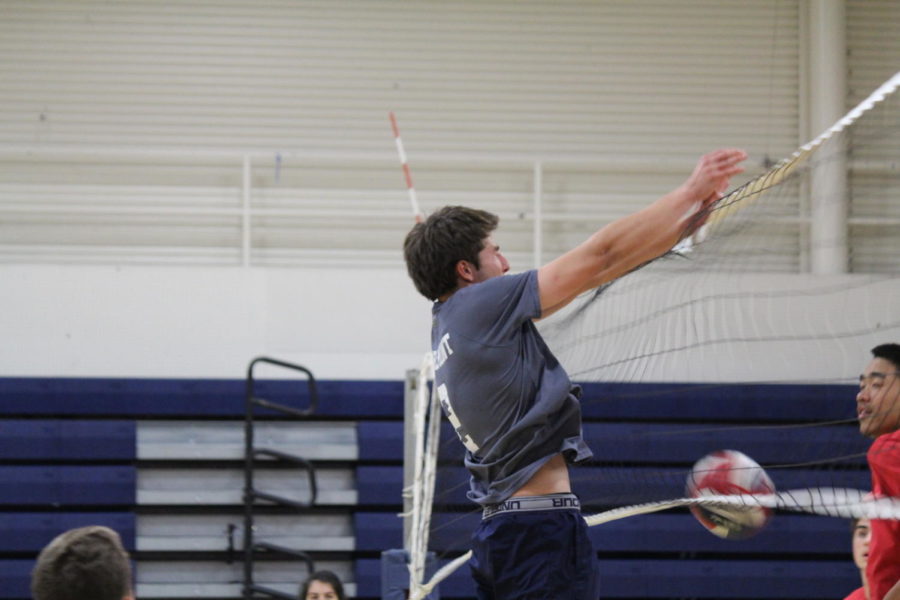 Anton Cargonja blocks a spike against the Dons.

Although the season is coming close to the end for boys’ volleyball, the players refuse to hang up their jerseys.

On April 19, the Scots dominated the court against the Aragon Dons. The Scots ended the night winning three out of the four sets against the highly skilled team.

As soon as the first whistle was blown, the Scots began the game with full intensity and scored the first point of the night. As each subsequent point was scored, the boys cheered and congratulated each other, keeping positive energy consistent throughout the night. The Scots won the first set 25-22.

Jonah Przybyszewski, a senior, said, “I think we played a really well throughout the entire game. We were on top of everything. We have been practicing and trying to fix our skill sets and plays. We really brought our skill to the table tonight.”

During the second set, the Scots and the Dons stayed neck and neck as both teams fought for the win. Although the Scots stayed positive and their plays remained strong, the Dons had outstanding saves and dives; at one point they even saved the ball with their feet. The Scots lost the second set 25-22.

“We played really well as a team tonight. We didn’t give up which was the biggest part of our win I think personally. Each set we started with the lead and never put our heads down. Aragon is a hard team to beat and we did it,” said Jimmy Rudger, a senior.

As the last two sets took place, the Scots were fired up. Their spikes were unstoppable and they were immediately fixing any mistakes on the court. The Scots won the third set 25-20 and won the final set 25-21.

Coach Michael Lapuz said, “I think they played there best game of league tonight. Aragon is a difficult team to beat and we had the home court advantage. We cheered for every point and overall our spirit stayed strong tonight. I think this was a well-deserved win tonight.”

The Scots play their next game on Monday, April 23 against Hillsdale High School at home. Support varsity boys’ volleyball throughout their final games of the spring season.