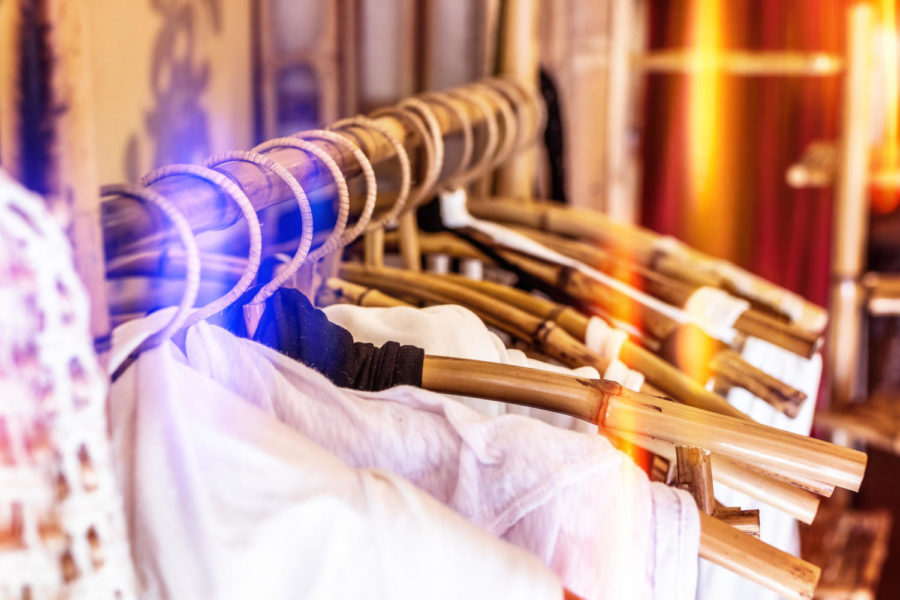 The popular clothing brand Brandy Melville had a massive warehouse sale this past weekend.

The line was so long that it wrapped around the warehouse twice. Many had to stand in the line for several hours to even get inside the building.

“We waited 9 hours in line going through pouring rain, hot sun, and extreme wind to only get 30 minutes to dig through clothes in a box,” Millie Ku, a sophomore, said.

This long-anticipated sale turned out to be unorganized, tiring, and overall, not worth it to some.

Sahana Srinivasan, a sophomore, said, “I don’t know if I would want to go again. I would probably consider how the weather is and what I really need before I go because my body did hurt a lot after the trip.”

This particular sale was originally planned to take place on Nov. 17 and 18 but was postponed due to poor air quality, according to the event page on Round. This just made people even more eager for the sale.

However, it did not occur the way people thought it would.

“We had to wait in a line that circled the warehouse twice. Eventually, they gave us wristbands that [were] different colors which [designated] our group and time, so it’s 300 people per group [and they had] 30 minutes to grab clothes once they got in. Our wristband was pink so our designated time was 3 p.m. but we didn’t get in until 4-ish,” Ku said.

For most, the wait was nearly unbearable.

“It took about eight and a half to nine hours to get into the sale. In those hours we walked to Starbucks, [went to the] bathroom, and even ordered a pizza in the afternoon because we were starving,” said Nadia Chopoff, a sophomore.

Despite the wait, the quality in clothing was disappointing to some customers.

Ku said, “A majority of the clothes were returned, so a lot of articles had holes and makeup stains.”

To some, it wasn’t horrible, but of course, it still wasn’t great.

“The overall experience was not the best because the weather was pretty bad, and the wait was also very long (we waited for 6 hours). The organization inside was not that bad and the clothes were decent,” Srinivasan said.

For Chopoff, the time she spent with others balanced out the downsides of the sale.

“I just did it for the experience and I did not really enjoy it, but I was able to spend a lot of time with my friends and that was fun,” Chopoff said.

Meanwhile for others, it wasn’t worth it at all.

“Even though I ended up spending $150 and saved money, I would definitely not do it again,” Ku said.

For those who wish to experience a similar experience, Chopoff has a word of advice.

“I suggest you have an idea of what you want to buy. Bring food and water and know where a Starbucks is and restrooms!” Chopoff said.