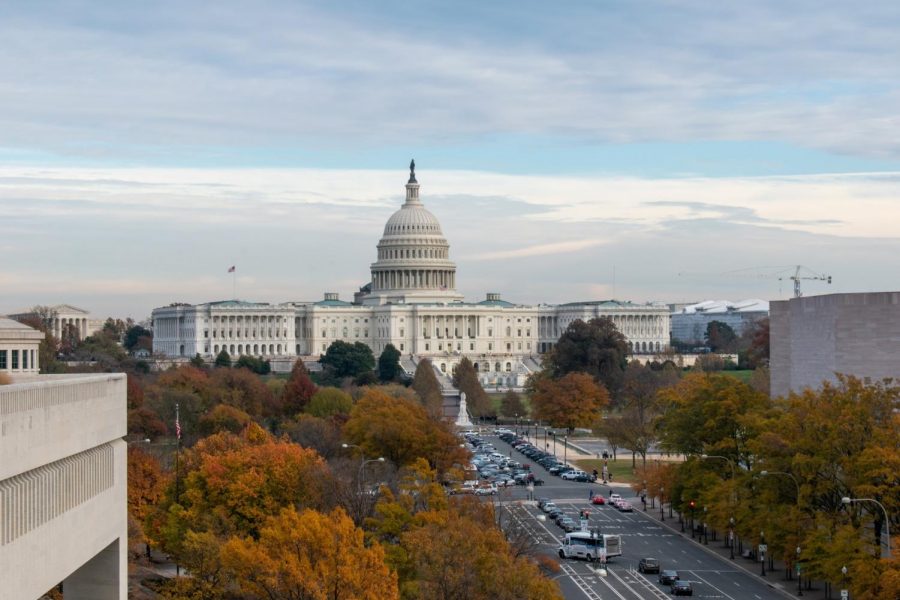 Supporters of President Donald Trump breached the U.S. Capitol shortly after he held a rally in front of the White House, according to multiple sources.

“We will never give up, we will never concede. You don’t concede when there’s theft involved,” Trump said at the rally, which took place around 9 a.m. EST.

According to NPR, speakers at the rally encouraged attendees to fight the results of the 2020 election, with one commenting that “this is just the beginning.”

After the rally, at around 2 p.m. EST, Trump supporters began to push past barriers around the Capitol. According to the Washington Post, they taunted police and chanted sentiments such as “Fight for Trump!” and “U-S-A!”

The commotion prompted the Senate to cease its proceedings, with local law enforcement placing the Capitol under lockdown. District of Columbia Mayor Muriel Bowser also enacted a city-wide curfew from 6 p.m. to 6 a.m. EST to disperse any rioting.

As the rioting protesters stormed the Capitol, members of Congress posted updates of the situation on Twitter; Rep. Peter Welch (D-Vt.) tweeted that tear gas was released in the rotunda, and Rep. Elaine Luria (D-Va.) posted that a pipe bomb was reported to be outside of the Capitol.

At 4:06 p.m. EST, President-elect Joe Biden made a speech regarding the events occurring at the Capitol. Biden had planned to deliver a speech regarding his plan to revive the economy and provide financial relief for small businesses; demonstrators broke into the Capitol shortly after he was supposed to start speaking. Biden changed the topic of his speech in response to the disruption.

“I call on President Trump to go on national television now; to fulfill his oath; to defend the constitution; to demand an end to this siege,” Biden said.

He added that “the scenes of chaos at the capitol do not reflect a true America … what we’re seeing is a small number of extremists dedicated to disorder … and it must end now.”

At 4:17 p.m. EST, Trump posted a now-deleted video addressing his supporters on Twitter. Trump said he feels the pain and hurt of his supporters after “an election that was stolen from [him and his supporters].”

“I know your pain, I know you’re hurt,” Trump said.

He called for the rioting protesters to go home, have peace, and respect legislators. He continued, saying that no event of this scale had occurred before the 2020 election, which he claimed to be fraudulent. He then said that his supporters are special, and told them to go home.

“You have to go home now, and we have to have peace,” Trump said.

However, according to Ellison Barber from NBC News, demonstrators were torn over whether to leave or to continue rioting. Barber stated that one participant used a megaphone to tell people to leave, but others refused, continuing to violently protest.

According to Metropolitan Police Department Chief Robert J. Contee III, a civilian was shot inside the U.S. Capitol and received emergency care; she died at around 6 p.m. EST, according to local law enforcement.

Contee said in a statement that action will be taken against the people who participated in the mob.

“What we witnessed today was unlawful riotous behavior and people that came to our city and engaged in unlawful behavior will be held accountable,” Contee said.

As the 6 p.m. curfew went into effect, the National Guard was dispatched to dispel the crowd. As of 6:32 p.m. EST, the Capitol is secure; according to House Speaker Nancy Pelosi (D-Calif.), Congress will continue counting electoral votes tonight.