Brian Ellis is a nerdy teacher with a different approach 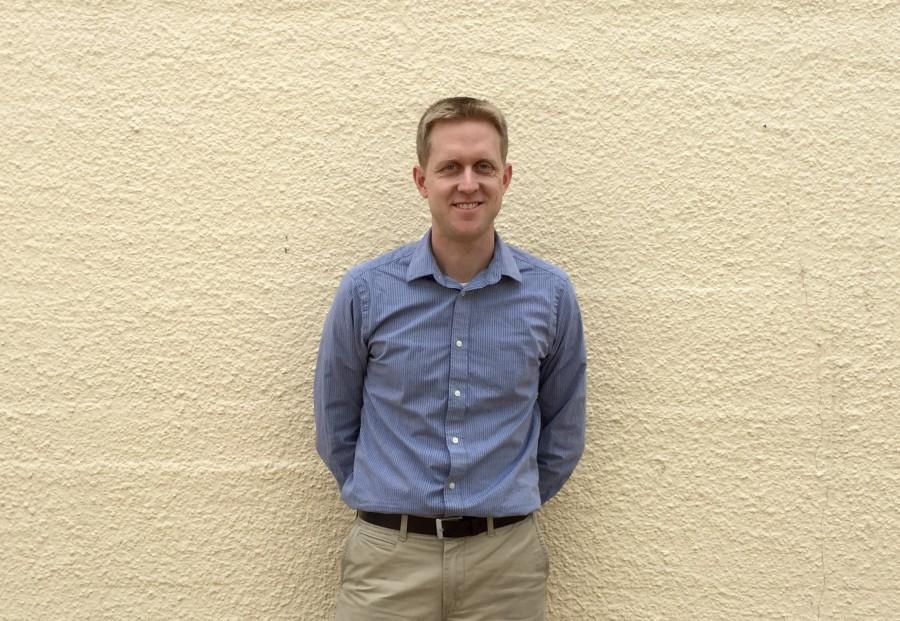 Brian Ellis, the physics and computer science teacher, is deeply passionate about science and nerdy things.

“During my free time, I walk my dog, play soccer, play strategy computer games and board games with my friends, and do all nerdy things,” said Ellis.

However, something uncommon about Ellis is his unique grading system and approach to teaching. He said. “I’ve set up the class in a transparent way. Students know what to do to be successful and they understand that what we do every day leads us to those goals.”

“That’s why I use the grading system that I use. There are levels; there aren’t any points. Students just try to reach the next level. Every activity in class is rated from level one, which is the easiest, to level four, which is the hardest. The students always know how difficult each thing we do in class is and how they will be tested on them. It’s clear and fair, which I think is really important,” said Ellis.

This unconventional system is not one that most students have seen before, but it works. Senior Amanda Breslauer said, “His grading system is clear and it makes it easier to get an A, which is always nice. I think he’s a good teacher because he’s super approachable.”

Senior Elise Dimick, a former student of Ellis, made similar sentiments. “Mr. Ellis is a great teacher. Last year in AS Physics, we did several interactive projects and labs that allowed students to work with each other as opposed to merely taking notes from the board. He maintained a simultaneously studious and fun environment that I found to be a great learning atmosphere,” she said.

Physics may seem like a boring and obscure subject to some, but not to Ellis. He said, “I like physics because it’s a lab class, and kids can learn by doing things and talking about what they see. In chemistry and biology, most of the stuff is microscopic, but in physics, you see things that you can actually hold in your hands and interact with.”

He went on to say, “I like teaching because every day is different, you never know what’s going to happen, it’s never boring, and it’s always a challenge.”

Ellis left with a piece of advice for all high schoolers. He said, “I think it’s really important for people to find a career not only that they’re interested in, but also that they feel is important. However, it’s also important to understand that it’s not easy to know what that is until you’ve actually tried different things.”

In addition to teaching, Ellis is about to embark on a new adventure in his life. His wife is due to have their first child on April 8.

Some might assume that teachers were teachers from the start, but that’s not the case with Ellis. “I had a lot of different jobs before I became a teacher, but I’m glad that I tried those things, because I ended up doing something that makes me want to do it when I wake up in the morning. I hope that I give students that perspective,” he said.

Teaching is something that presents a fun challenge for teachers like Ellis. Even though he enjoys it, jobs are jobs, and he always enjoys winding down with his dog, friends, and some video games.