Brittan pipeline shut off by PG&E 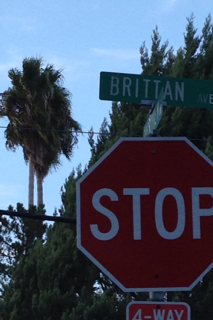 The explosion that devastated the citizens of San Bruno, Calif. just three years ago is at the risk of repeating itself. But this time it’s in San Carlos.

Because inspectors have failed to check on the pipeline running under Brittan Avenue in San Carlos, city officials fear it is in danger of causing a major explosion. Since investigators believe that poor maintenance procedures caused the deadly San Bruno explosion, Pacific Gas & Electric (PG&E) has undergone the necessary duties in attempt to avoid another catastrophe.

PG&E initially only cut off the gas flow by 20 percent in response to a judge’s order in San Mateo County. The company felt that there were important benefits of having the pipe remain running. However, after numerous complaints from San Carlos city officials and residents, PG&E completely shut off the flow of the pipeline on Oct. 7.

Residents of the area now feel much safer with the gas pipe shut down. Grace Sakoda, a mother of two Carlmont students who lives just a few blocks away from Brittan Avenue, said, “We were concerned when we first heard about the problem last Friday, but then when it was announced shortly after that they we depressurizing the pipeline, we were no longer concerned.”

Mary Trembley, a Carlmont parent who lives on Brittan Avenue, has personally experienced the risks of faulty PG&E pipelines. “When our daughter Giorgi was born, we lived in the San Bruno neighborhood where the pipeline exploded. The first little neighborhood park she played in is gone, and many friends were displaced. Naturally, we were concerned when it was revealed that the pipeline testing on Brittan was substandard.”

If this gas line doesn’t remain off, there are possibilities of it interfering with other aspects of San Carlos life. Real-estate agent Amy Earley said, “When a family is looking into buying a house, the current owner is responsible for disclosing all important information about the area. Once a potential buyer hears of something such as a faulty gas line, they are likely to not buy the house, believing it is too dangerous.”

Seeing the effects the Brittan Avenue gas line has already had on residents, it is no surprise they hope the line will remain dormant.

“Thank goodness for the media because without public scrutiny, this would never have been addressed,” added Trembley. 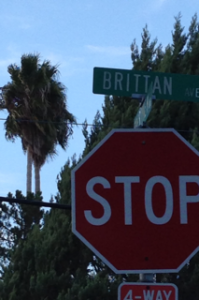