Businesses shut down and lay off workers due to COVID-19 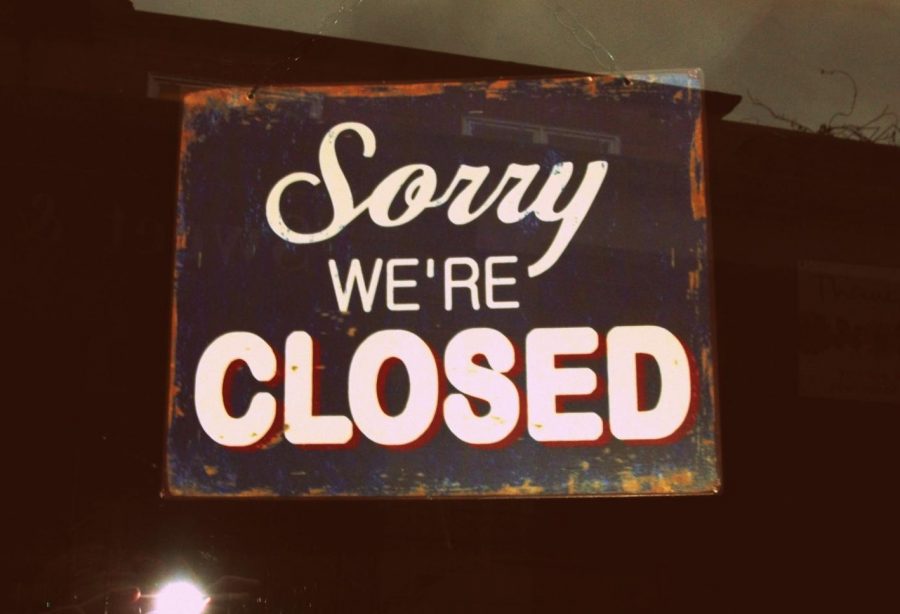 Multiple stores across the nation are closing down due to the COVID-19 pandemic.

The streets are empty as business owners are forced to shut down stores and lay off workers due to COVID-19.

Multiple stores across America are forced to shut down. Big names such as Best Buy, Kohl’s, Ikea, Apple, Gap, and Boba Guys are all closing stores to combat the spread of COVID-19.

In a recent interview with ABC 7 News, Andrew Chau, the co-founder of Boba Guys, stated that he’s afraid they will not be able to reopen stores after their recent closure.

“Boba Guys is a big name here in the Bay Area. Most people know about it,” Sophie Durrans said. “Boba Guys is quite prominent, so you would think that they have nothing to worry about regarding their reopening. Stores and restaurants closing forever because of coronavirus shows the true severity of the situation and how it is affecting everyone, especially those that have family businesses and those that depend on their store or restaurant to provide an income.”

Boba Guys aren’t the only company questioning whether they will be able to reopen. According to a recent survey from Goldman Sachs of more than 1,500 small business owners, more than 50% say they will only be able to operate for up to three months under the current conditions.

The U.S. Small Business Administration (SBA) increased its funding from $20 billion to $50 billion. The SBA is offering loans up to $2 million for small businesses that are suffering losses due to COVID-19. Small businesses can apply for the loan online or by mail after the governor of their state announces a declaration of emergency.

“I feel bad for those small companies that have to shut down and may never reopen. Most of them are family businesses that have probably been around for generations, so it’s sad to see that they have to close it now,” Nadine Lahlouh said. “Though it is a bad situation, it’s nice to see the government helping them. I think that the $2 million loans they can get will save a lot of small businesses.”

Because many shops are closing down, many workers are getting laid off. In March, more than 10 million Americans filed for unemployment and applied for government aid, according to the Labour Department data. The unemployment rate in The United States rose to 4.4% as the number of unemployed rose to 7.1 million in March according to the recent news release from the U.S. Department of Labor.

Due to businesses shutting down and companies laying off their employees, the market has taken a massive hit. The 123-year-old Dow Jones Industrial Average (the Dow) took the steepest one-day fall, falling 1.68%, since the October 1987 stock market crash.

“I do not want to say that what is happening to the stock market is justified because it is a horrible thing that is happening, and millions of people are losing thousands of dollars. But I would say that many people could have seen this coming. For example, airlines are losing money because no one is going on flights and the same with cruise lines. Also, many big brand name stores like Macy’s or Ikea or even Target will be getting fewer customers because no one wants to be outside and around others. Everyone should be quarantining inside their house and only should be out for absolute necessities such as groceries or medical supplies,” Wong said.

In addition to businesses shutting down, the COVID-19 pandemic also caused a lockdown throughout the state of California on March 19, 2020.

“I will say that quarantining is not fun,” Lahlouh said. “We cannot see our friends or different family members, but I do think that it is essential. Without a strict lockdown, we will not see a drop in cases, and eventually, this will not get any better. I know people want to go outside to get fresh air or maybe see their friends, but I truly hope people understand how awful this situation is. It will not get better if people disobey the order.”

With the growing number of cases, many hospitals are understaffed. Nurses are risking their lives to save others and are working at full capacity. They have flocked to different social media platforms, such as TikTok, to raise awareness about coronavirus.

“All I want to say to the medical workers is that you are doing an amazing job. You are risking your lives to save others, which is completely selfless. Keep your heads up. It will get better,” Durrans said.