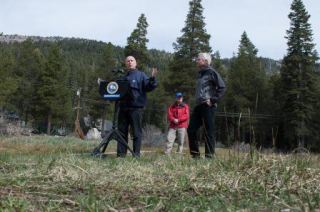 This order was prompted by record low snow pack levels caused by California’s devastating drought. “Today we are standing on dry grass where there should be five feet of snow. This historic drought demands unprecedented action,” said Brown, according to the The Washington Post.

Junior Seena Sebt said, “I think that the executive order is a good start for coping with the terrible drought the state of California is in. I will definitely be more conscious of my water use, like taking shorter showers and not wasting water when doing the dishes.”

The situation has escalated from last year when Brown declared a drought state of emergency. According to the California Government, for the first time in state history, the governor has directed the State Water Resources Control Board to implement mandatory water reductions in cities and towns across California.

“Turning off water when I’m washing my hands and avoiding watering my lawn are a couple of the ways I’m going to contribute,” said sophomore Megan McDonnell.

Today, due to the drought, more than 52 million people live in drought-affected areas, according to data from a recent National Oceanic and Atmospheric Administration report.

Junior Timmy Miller said, “I would say that a good way to help out with the drought and supporting the executive order would be to cut down on the number of times you wash your car. Really big expenditures of water like a car wash should be kept to a minimum, especially given the current circumstances. Everyone should do their part to help conserve water, but ultimately we have no control over the weather and we will have to let nature run its course.”