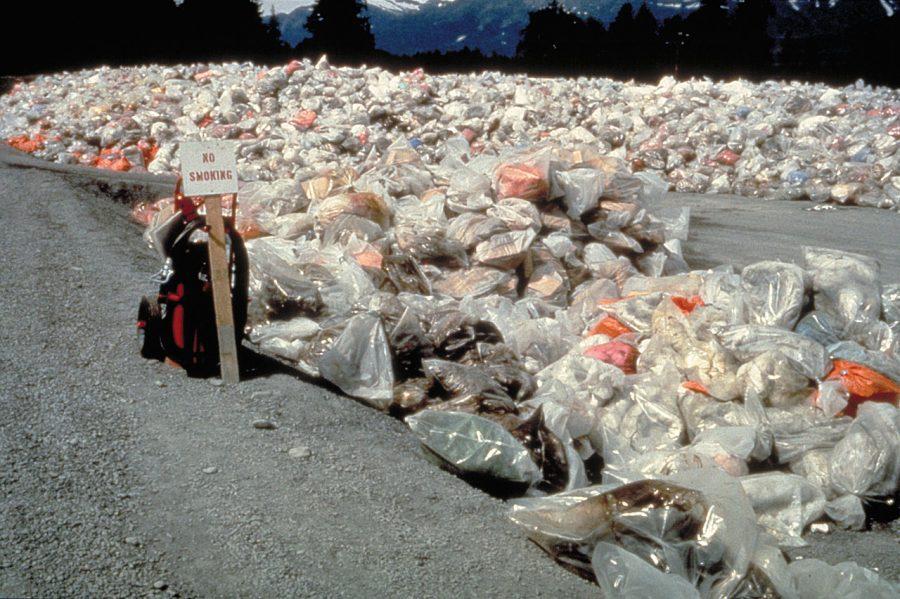 Humans use an excessive amount of plastic bags -- around 1 trillion -- each year. Unfortunately, many of them end up in the oceans, polluting the water and destroying ecosystems.

Plastic. Plastic everywhere. On the corner of every street, in every single trashcan, on the shelves of every store.

Plastic is everywhere, so why do some people insist that we need more plastic?

In 2016, the Californian state passed a new law in an attempt to help the environment: no store in the state was to give one-time use plastic bags to its customers for free. The law hoped that by making plastic bags cost money all throughout the state, people would turn to reusable and paper bags.

Despite its good intentions, the law has been met with significant opposition from big businesses in the plastic bag industry, such as the American Progressive Bag Alliance and the Texas-based Superbag Corporation. The businesses fear that the new law will harm their profits while simultaneously allowing stores to gain money from bag sales.

The opposing companies, most from outside the state, have been able to raise enough money and controversy to have the law put on hold until the November ballot, when a referendum for it will take place and California will decide whether the law should be kept.

It is hard to say what the outcome of the referendum will be, but it is worthy to note that the law does have significant support in California, as several unions, environmental groups, and local clubs have spoken in favor of it according to The Sacramento Bee. Several counties in California have, in fact, already banned the use of plastic bags.

And it is right that they have. The plastic bag ban law should, by all means, be kept as a law.

As of now, the United States uses 100 billion plastic bags annually, making up a significant portion of the plastic bags used globally. California, having the largest economy in the U.S., is responsible for many of those plastic bags.

The problem with plastic bags is that they have a horrific effect on the environment. Not only do they take up to 1000 years to decompose, according to InspirationGreen, but they also harm over 260 species of animals. Turtles, for example, often confuse the bags with jellyfish and eat them, resulting in painful deaths.

The bags also litter the oceans, mixing with other trash and forming “garbage patches.” These get caught in the Pacific Ocean’s currents and grow in size every year.

Looking at these facts, it’s quite obvious that we do not need more plastic bags, and thus, the state-wide regulations on plastic bags will hopefully be voted into law in the November ballot, despite the opposition of the big companies.

If this law is not passed, then all we will be doing is being accomplices to our oceans, which are becoming nothing more than trash piles riddled with disease and death.