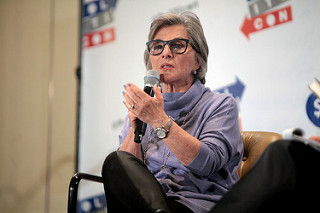 Barbara Boxer, California's retiring Democratic senator, led the efforts to overturn the bill out of fear that it would harm California's marine environment.

It’s no secret that California has a drought problem, and the new amendments hijacking a water bill have brought the issue to surface once more.

On Dec. 9, 2016, a wide-ranging, multi-state water bill was approved by the Senate with 78 to 21 votes and is now waiting to be approved by Barack Obama. The bill covered many issues, including $412 million for the restoration of Lake Tahoe, at least $120 million in new infrastructure to fix Flint’s ongoing water crisis, and roughly $1 billion for flood-control projects in Sacramento. At first glance, it sounds like nothing more than governmental funding for good causes.

However, the once widely-supported bill was hijacked at the last minute by new amendments that would alter California’s water laws, turning it into a mass dispute between our two Democratic senators.

The new provisions, introduced by Democratic Senator Dianne Feinstein of California and Republican House Majority Leader Kevin McCarthy, aim to change California’s water policy by increasing the amount of water pumped from the Sacramento Delta into the San Joaquin Valley. Feinstein and McCarthy believe this is a necessary attempt at helping the valley’s farmers cope with the ongoing shortage of water.

Feinstein also believes that the increased pumping of water would not violate the 1992 Central Valley Project Improvement Act; legislature which has protected the Delta and its environments for 24 years.

California’s second Democratic senator, Barbara Boxer, did not believe Feinstein’s claims. She, along with several environmental groups, claims that the changes would severely damage the Delta’s salmon population as well as other fish species, leading to environmental destruction and the collapse of the local fishing industry. Boxer has thus opposed the amendments strongly enough in attempt to bring down the entire bill, despite its many good advantages.

The mass dispute between the two senators says a lot about California’s water issue.

Since the drought started in 2010, California has passed a series of restrictions on both the distribution of water and its usage, and they have gotten progressively more and more harsh each year. As our state enters its sixth year of being in a drought, water has gone from being an everyday commodity to being something precious and deeply regulated.

Whether or not Feinstein’s amendments, if Obama will approve them, will actually be detrimental to the environment or not is hard to tell. However, what is clear is that this is not going to be the last fight of this sort in California.