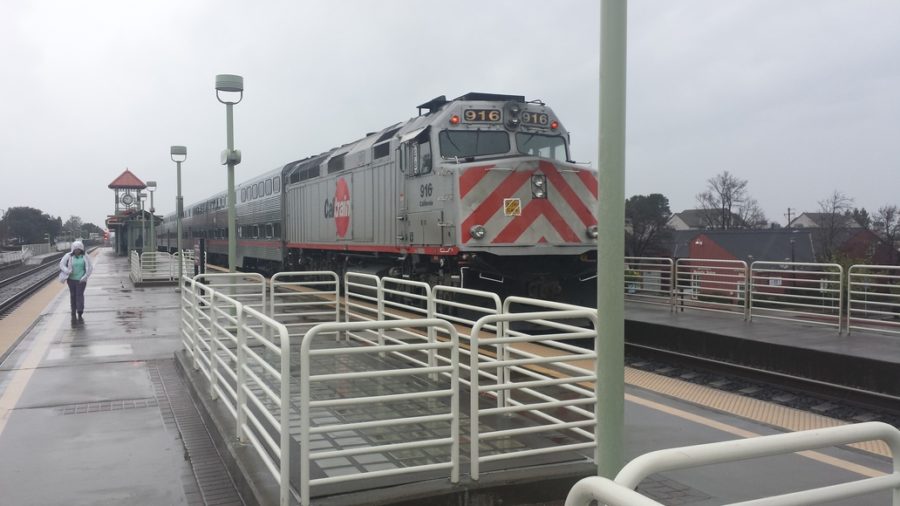 The iconic red-striped and boxy shape of the Caltrains will remain the same until the Caltrain Electrification project receives the $617 million it needs.

According to Caltrain, this project will bring 9,600 jobs for workers across the United States.

But without the federal funding it needs, this dream will derail itself.

Caltrain requested a grant of $647 million, and on Feb. 17, the Federal Transit Administration (FTA) chose to delay its ruling on whether to provide federal funds because it “required additional time” to know the details of President Donald Trump’s 2018 fiscal plan.

“The FTA is deferring a decision on whether to execute the [Full Funding Grant Agreement],” said FTA Executive Director Matthew Welbes in a letter to Caltrain. “This will allow the project to be considered in conjunction with the development of the President’s Fiscal Year 2018 Budget.”

Without the necessary funding, Caltrain is incapable of renovating their current train system. The company had plans to convert their currently diesel-based trains to Electric Multiple Units, which would make the transportation quieter and lessen greenhouse gas emissions.

“I think it’s good that the trains are upgrading to use electricity instead of diesel,” said Ryan Kim, a junior. “I think it will definitively help the environment if we have less pollution from the trains, and if it helps increase transportation, then that’s a plus.”

The choice to delay funding comes only a few weeks after the pleas by California’s own GOP representatives to halt the project. On Jan. 24, California Republicans had written a letter to Secretary of Transportation Elaine Cho asking for her not to fund the railway.

Californian Democrats had likewise written their own letter to the Secretary of Transportation and cited jobs and economic growth as their justification for the project.

“There are certainly drawbacks to the [electrification] project, especially the large cost,” said Christian Licudine, a junior. “But because so many people use the Caltrain and it will create a lot of jobs, I think the advancement is worth it. It would be nice if we had more trains coming and going, so that more people would use the trains.”

However, when the FTA finally arrived at their decision, they chose to withhold funding until they obtained more details. In order to begin the project, Caltrain will need the $617 million by Mar. 1.

“This is not a Democratic project nor is it a Republican project. It is about the modernization of an outdated commuter system that is the spine of the transportation system of the Peninsula and the Silicon Valley region,” said Congresswoman Anna Eshoo in a released statement about the delay of the electrification project. “This project has met every requirement of the Department of Transportation including planning, environmental approval, broad community support and strong local funding, including citizens taxing themselves.”

To combat the decision of the FTA, Caltrain electrification supporters have created a White House petition for the federal government. As of February 2017, the petition has 500 out of the 100,000 signatures that it needs, and cites the creation of 9,600 jobs as its largest reason for why people should support it.

Belmont Mayor Charles Stone who endorsed the petition on his Facebook page, said, “I keep national politics off this page, but I can’t remain silent on this. It’s really not a partisan issue: playing politics with the transportation spine of Silicon Valley is unacceptable. Our region sends more in federal tax dollars to DC then it gets back and has incredible GDP per capita. I hope the New Administration reconsiders its position.”

But until the FTA changes its decision, the red-striped Caltrains will simply have to remain as they are: diesel-based and of the past.