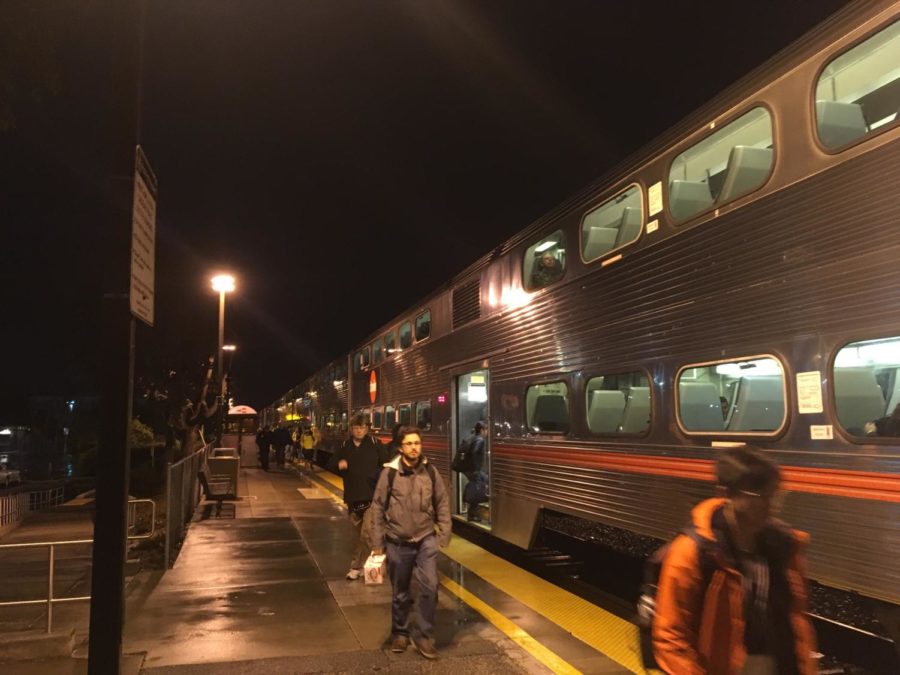 Diesel trains like these pictured will soon be replaced with more efficient electric trains for the benefit of riders and the Bay Area community.

Have you ever wondered how many people ride Caltrain each day?

On Feb. 19, Caltrain launched their new “Did You Know?” public education program. This program was designed to educate the public about the history of the Caltrain corridor and its future plans for modernization.

Caltrain’s “Did you know” website features a short video of the railway’s history as well as its present and future plans. People may also learn interesting facts about the trains themselves.

In addition to information, the campaign also features a quiz on Facebook where users can put their Caltrain knowledge to the test. Taking the quiz allows participants a chance at winning a free Caltrain t-shirt.

As well as educating the public on Caltrain’s history and present, the campaign also informs people of the Caltrain Modernization program (CalMod). This program is primarily designed to ‘electrify’ the Caltrain corridor by replacing the current diesel trains with newer, electric trains.

“We’d like people to understand what electrification means to them and the system as a whole,” said Dan Lieberman, Caltrain’s Public Affairs Specialist.

The new electric trains come with many new features such as additional rider capacity, upgraded seats, and more utilities such as power outlets.

“Electric trains are more efficient, allowing for more regular service and 8-car train sets versus the 6-car sets that are our current standard,” said Lieberman.

Being powered by electricity also comes with benefits such as being more environmentally friendly by reducing the emissions of greenhouse gasses. Noise will also be reduced and the frequency of stops will increase while decreasing the train’s the travel time.

“Less emissions will be good for both our air quality and our carbon footprint,” said Lieberman.

Caltrain reached out to the community to allow them to provide input for these new electric trains. Surveys were conducted regarding the trains’ seat design as well as exterior design. Voting for the exterior design began in May 2017 and accumulated more than 6,300 votes. In addition, a total of 2,549 votes were cast on the new seat designs.

However, electrification doesn’t just affect Caltrain riders. More efficient public transportation will mean more transportation during rush hours, which will increase ridership and in turn reduce congestion on highways such as 101. CalMod will also yield economic benefits such as creating more than the estimated number of 9,000 new jobs.

“More effective public transit is necessary for economic growth, so we’ll also be helping to keep this region economically vibrant for decades to come,” said Lieberman.

The project is expected to be completed in 2022, ten years after it was first announced in 2012.

“We’re really looking forward to showing everyone firsthand how electrification will benefit our riders and our community,” said Lieberman.