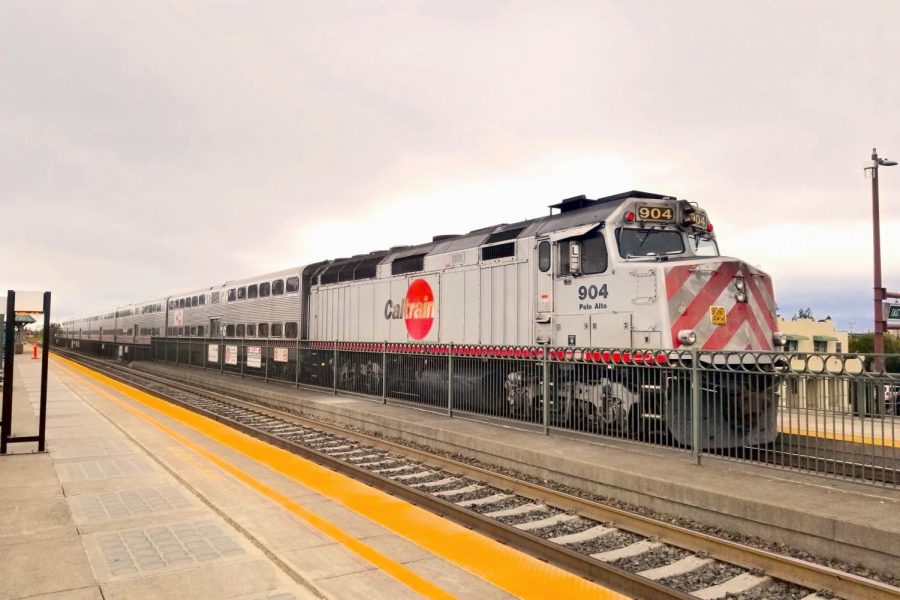 Caltrain plans to have electric trains running on renewable energy by 2024.

Thousands of Californians who commute to work using Caltrain can expect to see electric trains arriving at their stations by 2024.

After a period of delayed funding, Caltrain’s electrification project is finally coming into place. Its mission is to transform all of Caltrain’s diesel trains into fully electric ones. According to Caltrain employee Robert Greenleaf, electrification will have numerous benefits to riders and the community.

According to Caltrain board member Jeffrey Gee, electrification will also have a positive impact on the environment.

“The board has elected to buy its power from Peninsula Clean Energy, which is all renewable energy. So that’s a huge change right there in a positive way for our climate,” Gee said.

These benefits do not come without a cost, however. Money and time are required for electrification to go through.

“For the most part, I don’t think just making Caltrain electric is really going to change anything, to be honest. People riding it are generally going to be the same people. They don’t have cars,” Li said.

Although cars are the main form of transportation in the Bay Area, Caltrain hopes its developments will attract new riders and counter the negative effect COVID-19 has had on ridership.

For example, according to Li, his grandpa stopped taking Caltrain at the start of the pandemic due to concerns about COVID-19.

“I don’t think he’s willing to make that trip all the way over to San Francisco. He’s not risking that every day,” Li said.

Despite declines in ridership and other challenges brought on by the pandemic, Gee believes that Caltrain has done well to overcome its struggles.

“I think we’ve done a pretty darn good job given that we didn’t know it was coming. We don’t know when it’s gonna be over. We just have to keep moving and adjusting every day,” Gee said.