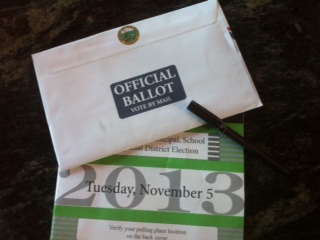 Election day coming for candidates and their families

Local political campaigns are coming to a conclusion, but the experiences of campaigning can last a lifetime.

As most people can assume, running in an election comes at the price of high stress and long hours. What not everybody knows are the effects these elections have on the families of these candidates.

Every other year, elections are held all over the Bay Area to select the newest members of local organizations, such as city council and school board. The vote for the 2014-2015 term occurs on Nov. 5, so candidates have been using their last bits of energy to try and wow potential voters.

These elections have major impacts on the kids of candidates as they adjust to a new daily routine as well as spend their free time helping their family member work towards the goal of being elected.

Carlmont Senior Gabriela D’Souza explained how her daily life changed when her father, Gladwyn D’Souza, began running for Belmont City Council: “He is usually around, doing house work. Since the election, however, he’s been gone a lot more, talking to people and walking neighborhoods.”

D’Souza added how she and her friends have been able to help out her dad with the election. She said, “We’re on his committee, so we’ve helped with things such as fliers and talking to people at local events. We’ve also been putting signs up for him.”

Sophomore Max Lieberman, whose father, Warren Lieberman, is also running for Belmont City Council, said: “He started running for city council eight years ago and since then I’ve been a lot more involved in politics. Election time itself is one of the craziest times for our family with campaigning and buying signs and things like that.”

Similar to D’Souza, Lieberman has “put up signs” in addition to “hand[ing] out fliers at Save the Music Festival” in Belmont, Calif.

Du Bois stated, “I’ve been posting signs in my friends’ yards to help one of the candidates. My mom has  been helping to endorse candidates as well, and that’s been really stressful for her.”

As years pass, more and more Americans have the chance to serve their local community. Likewise, more and more kids are given the opportunity to learn about politics and campaigning as they help support their parents.

As Max Lieberman said, “Let’s see if we can change Belmont.”