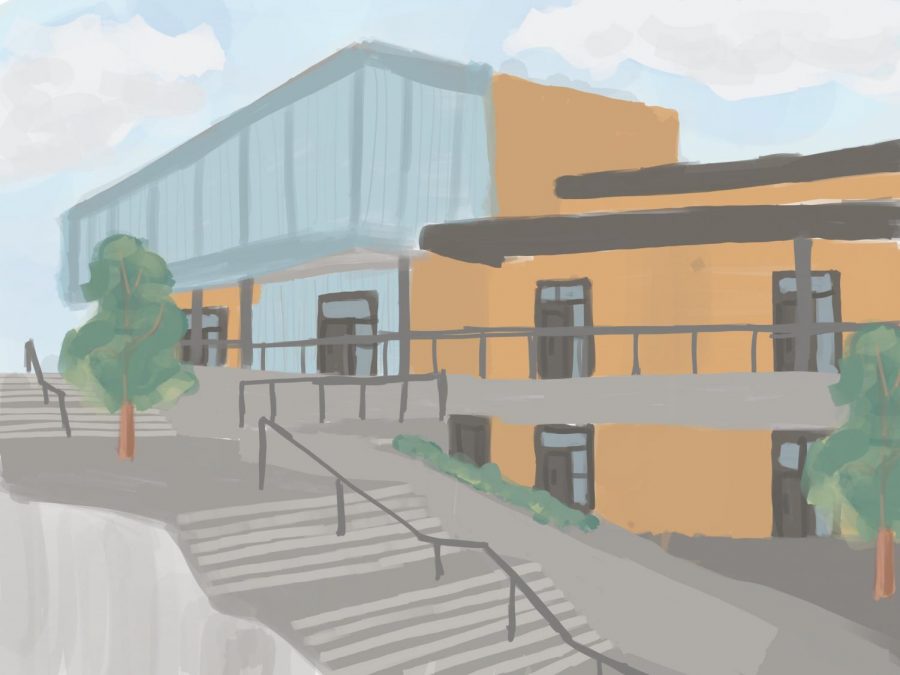 The S-wing is Carlmont's newest building. It has spacious classrooms and lets in lots of sunlight.

Course selection and student and teacher demographics make up some of a school’s defining characteristics. However, when looking at their student academic performance, many often overlook the importance of the campus.

“When I think of academic success, I imagine factors such as the quality of teachers and the material being taught before thinking of a nice campus,” said Tomas Miyazono, a junior.

Every school has a unique feeling, based on a number of factors. One might feel dingy and a little intimidating, while another could feel pristine and welcoming. This is because campuses play a significant role in the atmosphere of a school. For example, a clean school will feel much more welcoming than a run-down school.

“The atmosphere of a school is really important for student engagement and learning, overall. The atmosphere is not just physical. It’s not just the buildings and the furniture, but that is an important part of it. Having facilities that are in the best shape they can be is definitely a priority for schools in general,” said Gregory Fung, a physics teacher.

However, a clean campus does not always mean a positive atmosphere. If a school is brand new but built like a prison, it would feel a lot more intimidating than welcoming. So what features on campus make a school feel welcoming?

Finland is known for its outstanding education and innovative teaching strategies. In fact, on an international student assessment (PISA), Finnish students outscored U.S. students in all three categories of reading, mathematics, and science. In the 1970s, Finland started radically changing its education system. One of their improvements was to school campuses.

Schools became more modernized and moved on from factory-style schools. A factory-style school is often uniform that has hallways lined with classrooms and chairs placed in rows. Finland’s new campuses are contemporary, with spacious lounges for teachers to relax in, indoor and outdoor gathering spaces, and courtyards. Classrooms include floor to ceiling windows and skylights. Finland prioritizes having a proper learning environment with an emphasis on providing lots of natural sunlight.

This could also be seen in Carlmonts newer buildings; the S-wing and the A-wing. Opened in 2017, the S-wing has big windows that let in lots of sunlight. Furthermore, there is an indoor lounge and patios outside where students often come to hang out.

“I prefer the S-wing over the older buildings because the classrooms are more spacious [than the rest of the school],” Miyazono said.

From the A- and S-wing to the U-building, Carlmont has been renovating and updating the campus for several years. This has resulted in an improved school atmosphere.

“I’ve been teaching at Carlmont for a long time. I remember when the A-wing didn’t exist, and instead, there was a parking lot there,” Fung said. “In the time since then, things have radically changed. The campus is much nicer, and I see students congregating in groups. There are lunchtime activities in the spaces that didn’t use to exist. I think that makes a huge difference.”