Carlmont baseball off to a positive start 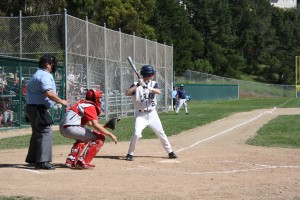 Carlmont’s varsity baseball team has begun its season with a strong start.

On Tuesday, Mar. 8, the Scots played their fifth game of the season against Westmoor High School

“So far, it’s going good,” stated Ryan Anthony, whose goal for the season is to win league. In order to make this happen, the Scots will need to continue their hard work and determination.

It is hoped that the Scots will continue their success as the season progresses.