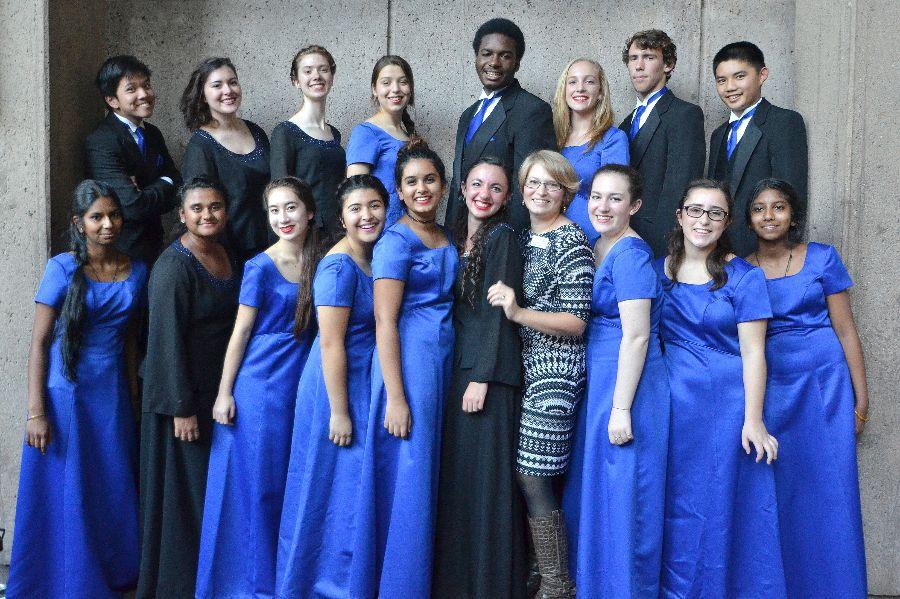 “You sing for about 13 hours a day, which is exhausting but amazing,” said Sierra Segal, a junior choir student.

The choir accepted 17 out of the 18 Carlmont choir students who auditioned.

“I wanted to do Honor Choir because I wanted the opportunity to sing with other wonderful singers from all over the coast,” said first-year honor choir Celeste Hsu.

The ACDA gives every school a set amount of music two weeks in advance to memorize and perfect. Then there are two days before the concert to practice with the choir students from other schools.

“We are given six hours a day for two days to learn the music and basically memorize it with the whole choir,” said Hsu.

In addition to preparation for Honor Choir, there is a test that every student must pass. If a student fails to pass the parts test, the students from that school and the school itself will be eliminated from future attendance.

This results in major preparation for both the students and directors.

Although Honor Choir lasted only three days, Sowmya Chandrasekaran said, “I made new friends and bonded with older ones.”

“I was in mixed choir, and we sang everything from baroque to renaissance to bluegrass/folk to an Uruguayan folk song. The girls in Women’s Choir also sang a variety of styles, including a Macedonian folk song,” said Segal.

“I was in Women’s Choir. We did five songs — ‘It is Indeed Music,’ ‘Had I Jubal’s Lyre,’ ‘Makodenska Humoreska,’ ‘Bring Me Some Water Silvy,’ and ‘Music Down in My Soul,'” said Chandrasekaran.

Most of the participating students said the experience gave them an opportunity to look outside of Carlmont Choir.

“Our directors are different, and while they do use similar techniques and approaches, they’re still unique,” said Chandrasekaran.

With all the effort put into this concert, Carlmont Choir students successfully ended the performance.

Hsu said, “Overall, it was a really great experience and I am definitely going to audition for it next year.”