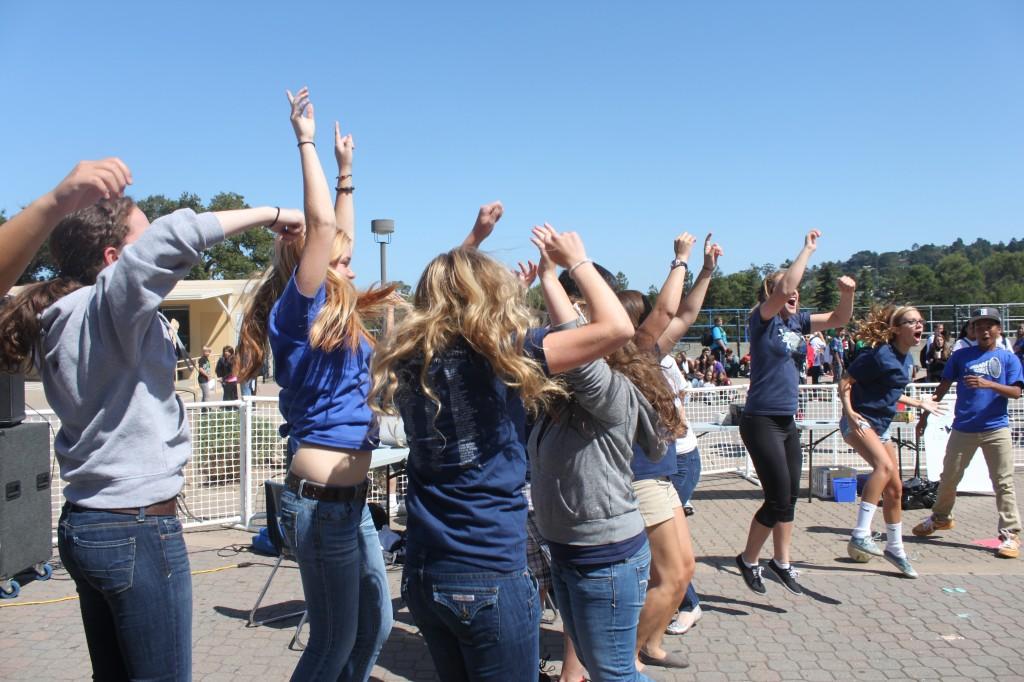 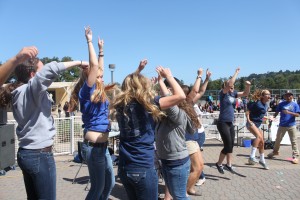 Choir faced off against the varsity volleyball team in the Carlmont cup and won in a last minute tie breaker round of ski ball.

Friday’s competition consisted of four games, each worth one point.

The volleyball team started out strong winning the “ping-pong butt” game, giving them a 1-0 lead.

Ashley Thompson and Cierra Riemche represented choir while Torika Ramulo and Tori Herfert represented volleyball in the “cookie face” event. The girls had to move a cookie from their forehead to their mouths without use their hands.

Thompson and Reimche were first to finish, tying up the score 1-1.

Next up was a new addition to the Carlmont Cup, “the yo-yo” game where players had to tie a yo-yo around their waist and swing it, without using their hands, in order to knock down cans and bottles in the shortest amount of time possible. Kayla Wright won with a time of 1:37 seconds.

The final event was “ski ball”. Players went up to the top steps in the quad and threw volleyballs at pins. The team with the most pins down, gets the point. If either team scored a strike, they earned two point.

After two rounds of ski ball, neither team managed to knock down a single pin.

In a last chance tie breaker, choir was able to not only hit the pins, but they knocked down all of them. The two points put them ahead of volleyball 3-2 and ended the Carlmont cup.

Choir has moved on to the next round playing the winner of girls basketball vs. tennis.