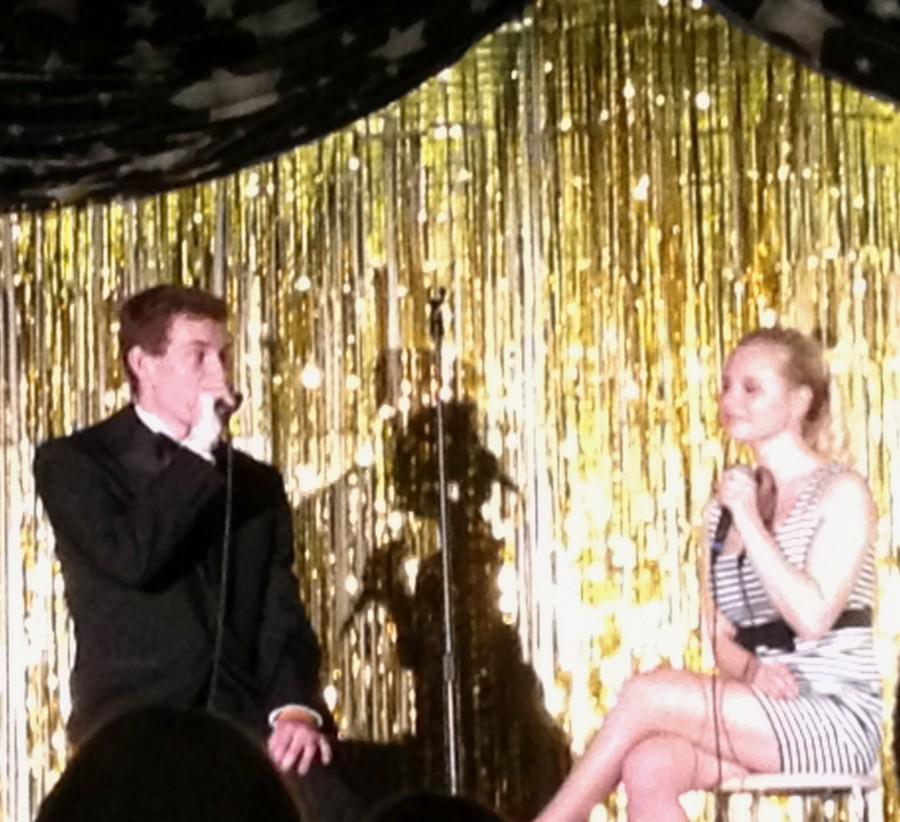 A fun filled evening with singing and desserts presented by the Carlmont Choirs only rolls around once a year.

Over 30 talented choir members preformed in an intimate setting in the Carlmont Student Union on Friday and Saturday nights. Junior Danielle Bickel said that she “was nervous being on stage, but it was a blast.”

The evening was formal, yet informal. Guests were greeted as they walked down a red carpet and were engaged in sophomore Dario Johnson’s performance as well.

The songs selected were songs that had been in productions that had won an Oscar or Tony Award.

Choir Council President and Carlmont senior Cierra Reimche said that the Choir Council has been preparing for the event since December.

According to Reimche, “the Choir Council has meetings every Friday and [they] had to do a lot of online shopping.” All of the participants also had to audition and then continue to prepare their song outside of class. Reimche added, “Everyone [in choir] really does their part [to help prepare].”

Some participants like Bickel prepared her duet with junior Katia Dreschke for about a month, while other students like juniors Ryan Maia and Sarah Burry only prepared “for about two or three weeks,” according to Maia.

Students performed a variety of songs. Maia said that he chose to sing If I Didn’t Have You from Monsters, Inc. because “it was a way of expressing feelings about a friend.” Bickel added that she chose to sing A Little Bit Stronger from Country Strong because it is “pretty, meaningful, and [she loves] country music.”

If you missed out on Dessert Theatre, check out Carlmont Choirs’ performances at the upcoming spring concert May 22 and May 23.