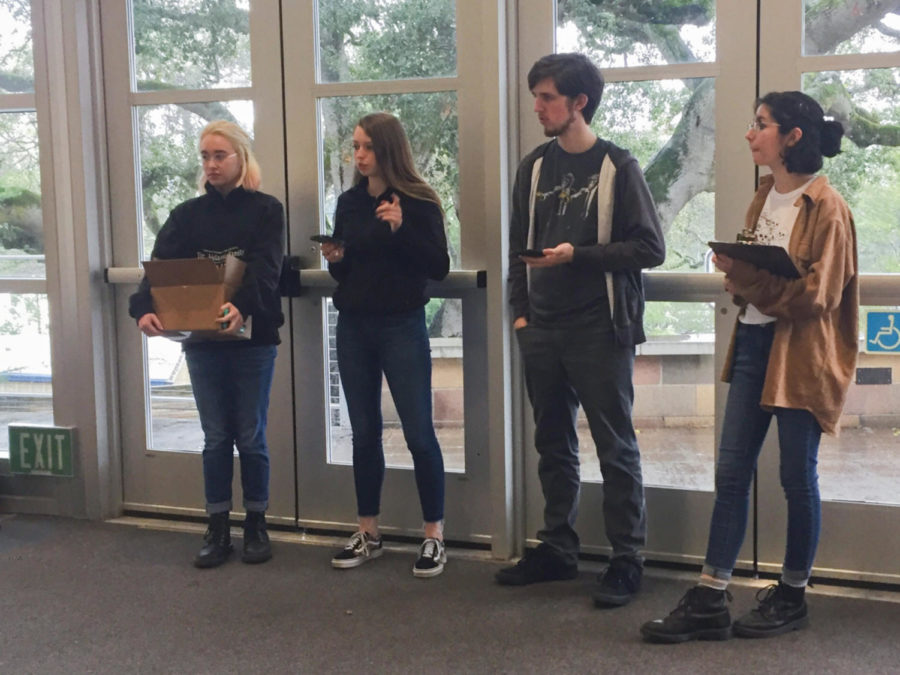 It’s March, the beginning of the countdown towards summer. School is coming to a close, club leaders are moving on,  and it’s the time for students to step forward and take on new responsibilities.

Whether it’s handing down leadership or holding elections, Carlmont’s clubs have begun the search for next year’s club leaders.

“I know a lot of people run [for an executive position] because it looks good on college apps, but ultimately you’ll see that it’s great for leadership building and character building and you’ll learn how to communicate with people,” said sophomore Millie Ku, one of Key Club’s vice presidents.

Clubs at Carlmont have very diverse structures. While some clubs only have a president and one or two vice presidents, other clubs have a board of executives, including a secretary and treasurer.

“I think it’s important [for clubs to have executives] because it allows students to gain life experience,” said Rachael Taube, a senior and the vice president of the Carlmont Technical Theatre Association (CTTA). “It’s a good taste of responsibility for things that affect other people and that will push you to be more mature and a part of a group.”

No matter the type of club, students gain many real-life skills and experience from holding an executive position in a club.

Ku said, “I think my leadership skills have really developed. I’m a lot more open with people around me and I’m more willing to make friends because I’m not as shy as I used to be.”

Though taking an executive position in a club can change students, it can also change the club.

“I think people should run [for a position] because they have a chance to not only step into a leadership position but to help create some sort of change that you may want to see in a club,” Taube said.

However, many students are content with attending club meetings as a member and not as a leader.

Sophomore Kaitlin Leung said she wouldn’t consider running for a leadership position because she’s “not the most organized person.”

Even so, students can learn life skills just by being part of a club.

“I’ve learned to communicate and interact with people better through Key Club, and I feel as if I’ve gotten something closer to work experience, which I can’t learn at school,” Leung said.