Carlmont cuts the ribbon for the new weight room 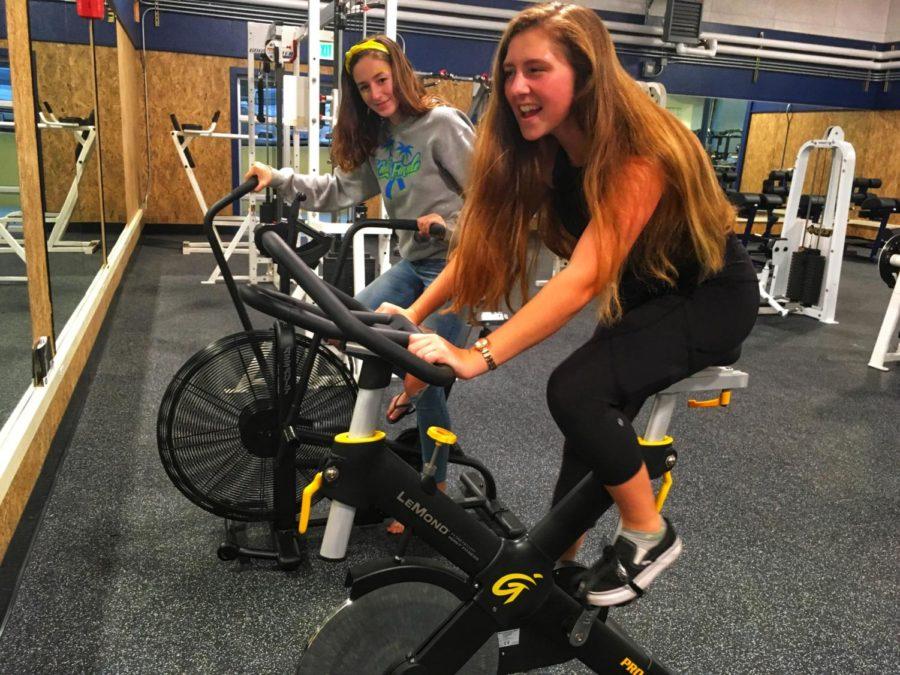 Roughly 100 attended the ribbon cutting ceremony on Thursday, Oct. 26 to celebrate the opening of the upgraded weight room.

When up and running, this new weight room will be in use by roughly 1,000 people every day.

Athletic Director Patrick Smith said, “This facility will not only serve our students but its also going to be an opportunity for all of the sports teams to minimize injuries and improve performance.”

According to Administrative Vice Principal Grant Steunenberg, the project cost $1.4 million and was funded by leftover money from the bond measure, which was passed to pay for the new S-wing. The exercise equipment was paid for by donations from the Carlmont Booster Club and the PTSA.

The project was roughly two and a half months past deadline and $400,000 over budget, according to Steunenberg

“We had to beg, borrow, and steal to make it as nice as it is,” said Steunenberg. “And it is really nice, I think kids are going to like this.”

The new weight room has undergone a series of dramatic upgrades.

“The square footage has been approximately doubled. There’s all-new rubberized flooring. The interior was stripped down to the studs, and then it was rebuilt with new interior walls and flooring. There is a new check-in desk, and there are roll-up doors, so students easily can get fresh air,” said Steunenberg.

Students have reacted fairly positively to the new weight room.

Sophomore Caleb Ulangca said, “I like the new weight room. It’s really big, and there’s a lot of space for activities.”

Athletes are one group who will benefit from an upgraded weight room.

Scots football player Henry Reich, a senior, said, “The old weight room was very cramped, and it made it tough to have an efficient workout, but now with this new one we can get in, get out, and move on. It’s fantastic that the district is supporting sports and exercise.”

The ceremony attracted many attendees, including board members, district officials, and administrators. San Carlos Mayor Bob Grasilli attended the event and commented that the weight room was “spectacular.”

The previous weight room was built over 50 years ago and was in dire need of an upgrade. The administration is hoping the new weight room will last for many years to come.

District Project Manager Allan France said, “All we need to do now is fill it full of kids.”