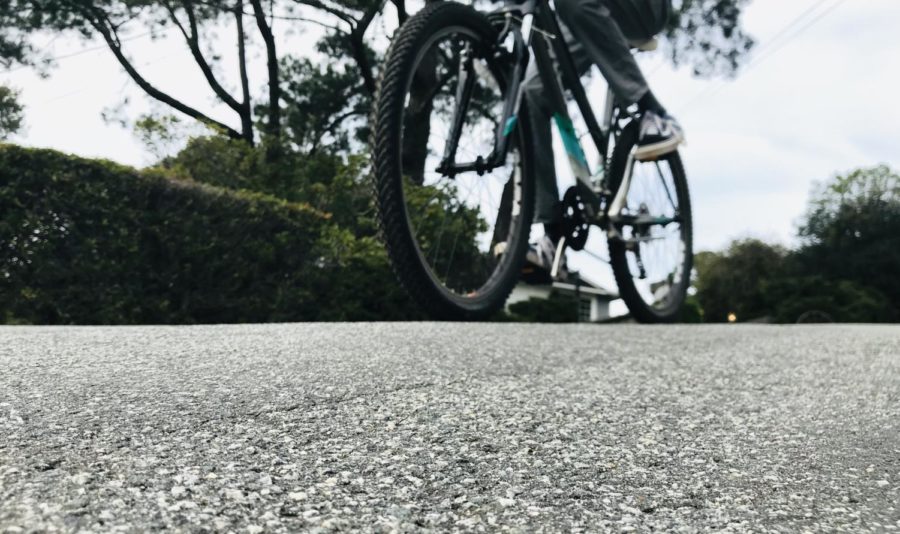 To kids, biking is a fun way to play with friends.

To teenagers, biking is a mode of transportation or a hobby.

To Michael Kleiman, biking is his passion.

At a young age, he discovered this passion for cycling during two different bike trips.

“When I was a teenager, I went on a couple of bike trips, first through Pennsylvania when I was 13, then through the Canadian Rockies when I was 14. I came back from that second trip and I loved it. I said to myself someday I was going to bike across the country, and 35 years later, that’s what I did,” Michael Kleiman said.

In the summer of 2018, from April 28 to July 28, he biked from San Francisco to New York City completely alone and with no shortage of obstacles.

“The coldest was 27 degrees and snowing in Yellowstone. The hottest was about 108 degrees in the midwest. Biking through Missouri and Illinois was unbearably hot, it was 100 percent humidity. The hardest thing though was the wind. On the Pacific Coast going into Fort Bragg, I want to say the winds were 25 miles an hour and in Southern Wyoming, it was the same thing,” Michael Kleiman said.

Aside from the weather, another challenge he encountered was a bike crash in Kansas that left him with injured.

“I was in the hospital and I was waiting for the doctor to come back with the X-ray results. I was on my phone looking up how quickly you can start biking again after you broke your ribs. Everybody said it takes six to eight weeks to recover. I was sitting there thinking the trip was over,” Michael Kleiman said. “Then, the doctor came back in and he said I had biked 3200 miles to get to this point, and I’m used to suffering, so to give it a week. I took a week off in Kansas City and then got back onto the road and biked the rest of the trip with two broken ribs.”

Other people also pose a difficulty for a solo rider such as Michael Kleiman.

“The biggest dangers are cars and other drivers on the road not paying attention. Also, having no visibility to see someone on a bike poses a risk,” said Torr Hage, a Cognition Cyclist employee.

Despite the dangers, biking is considered to be an activity with many health benefits.

Ben Jones of Cognition Cyclery said, “Cycling is a cardiovascular workout. You build muscle mass. You balance out cycling with some sort of cross training whether it’s running or swimming, that’s why a lot of people do triathlons. You’ve really got all the major muscle groups involved.”

When he is not cycling, Michael Kleiman works as a technology executive in the Silicon Valley area and is the father of two Carlmont students who found it especially tough not having him home for three months.

“It was difficult in general not having him around. I missed him a lot,” said Dagny Kleiman, a junior at Carlmont and one of Michael Kleiman’s daughter.

Despite his absence, Dagny Kleiman found motivation in what her dad did.

“It was so inspiring to watch him do it. He came back with so many new experiences and perspectives. I think it’s different from just traveling too, there’s something more about doing so much work and overcoming obstacles in order to get to your goal,” Dagny Kleiman said.

In light of all the difficulties he faced, Michael Kleiman found the experience to be one he will never forget.

“There’s nothing like being out on the road. I liked riding to begin with, but bike touring in particular where you get on your bike and just go, not turning around at some point during the day, and you’re just seeing new places and exploring new things every day,” Michael Kleiman said. “There’s nothing like it.”