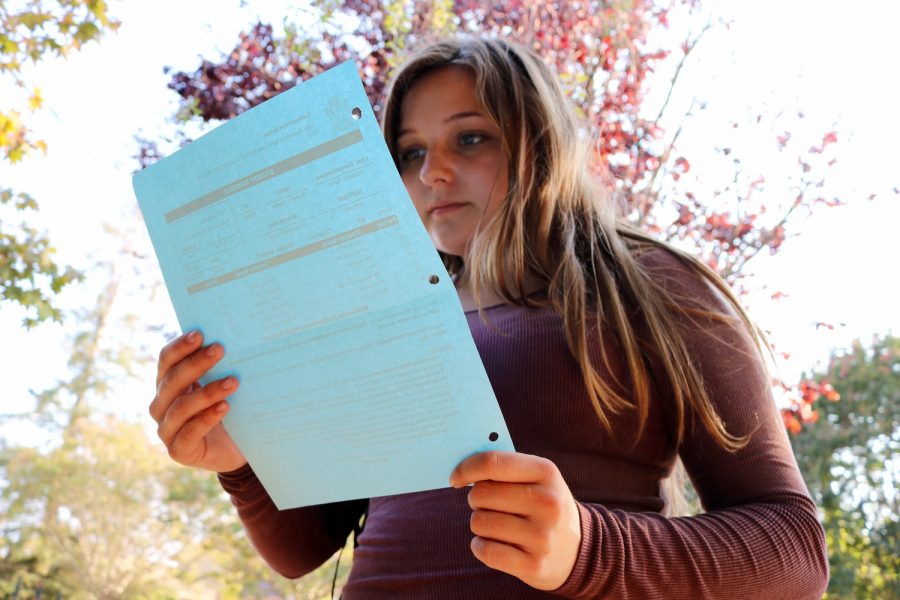 Like many other students, sophomore Gianna Lippi begins her school day an hour later than in previous school years.

With first period beginning at 8:57 a.m. on regular days and at 9:43 a.m. on Wednesdays, many Carlmont students start their days approximately an hour later than in previous school years.

This new schedule forces students with six classes to begin their school days much later than they are accustomed to. However, students with seven classes will begin at the same times as last year. This has produced mixed emotions among both the student body and faculty members.

Senior Matthew Bowker said, “The new late start schedule has allowed me to get an extra hour of sleep. However, I feel like I have too much time on my hands in the morning.”

The idea of implementing a late start has been a topic of discussion in past years due to traffic problems in the morning, but the  new schedule had not been executed until the 2016-2017 school year.

In contrast to the uncertainty produced by this new schedule, many other students and staff members are excited to see the change take place.

Junior Alice Gevorgyan said, “I’m a big fan of the new late start schedule. It allows me to get an extra 45 minutes of sleep, and there is less traffic in the morning going to school.”

Despite the opportunity to get more sleep in the morning, some students prefer the old schedule, with first period beginning at 8:00 a.m. on regular days and at 8:53 a.m. on Wednesdays.

Bowker said, “I prefer the old schedule because the traffic getting out of school this year is horrible. I like the fact that I can get more sleep in the morning, but I feel like I could do more in the afternoon if I got out of school earlier.”

Whether the students and faculty members of Carlmont are fond of the new schedule or not, many of them will eventually accept the change as the year progresses.

History teacher Jarrod Harrison said, “Starting school at a later time is a tough transition for staff and students to go through. I was hesitant to make the change, but I see the benefit of being able to get things done in the morning. As the school year continues, I think students will eventually adjust to the late start.”