Carlmont rose sale raises questions regarding its impact on students 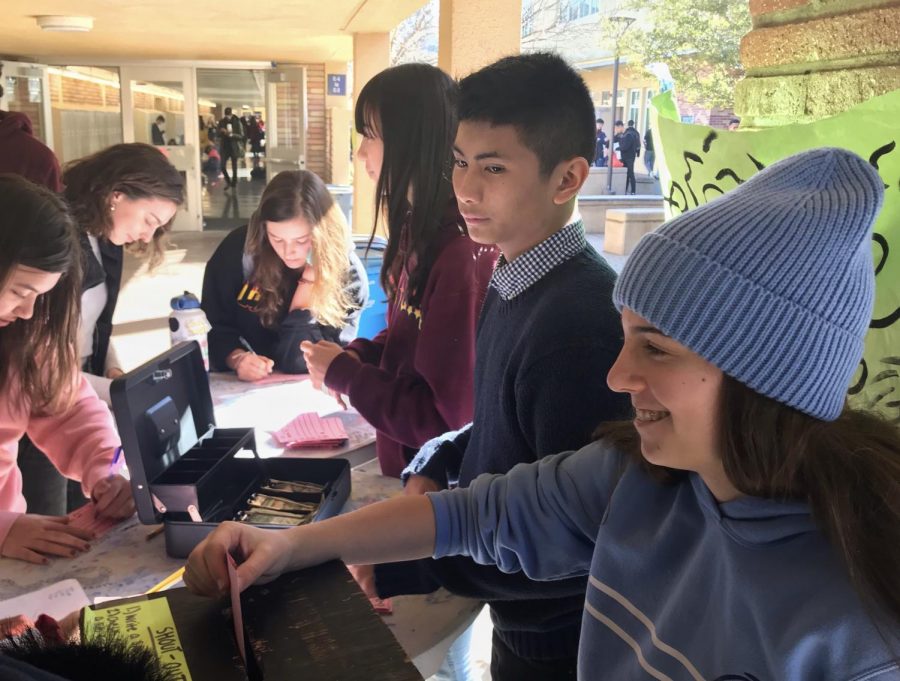 Carlmont’s annual rose sale may be sweet for some, but it can leave a sour impact on other students’ self-esteem.

With Valentine’s Day around the corner, posters and booths are all over Carlmont, advertising for the rose sale. For just $1, a student can buy and send a rose with a note to a friend, boyfriend, girlfriend, or crush as a token of their love and appreciation.

Carlmont’s Associated Student Body (ASB) sold the roses during lunch from Jan. 31 to Feb. 7 at booths in C-Hall and the quad. Students crowded around the small tables, bumping elbows as they filled out orders and write notes to send out. ASB members manning the booth hurriedly took orders and counted up change, trying to keep up with the vast number of students.

“It’s an extremely tedious event to organize. For the sale to run effectively, we have to plan weeks ahead, contacting the vendor and making sure they have enough roses to accommodate our massive student body. Once the roses arrive, they all have to be organized by class, which takes a long time,” said Jono Sison, Carlmont’s sophomore student body president.

Despite the work involved, many find it as a fun way to celebrate the holiday and believe that it strengthens the community at Carlmont.

“It definitely uplifts students’ moral within the school. People feel appreciated by their peers, and they feel really special,” Sison said. 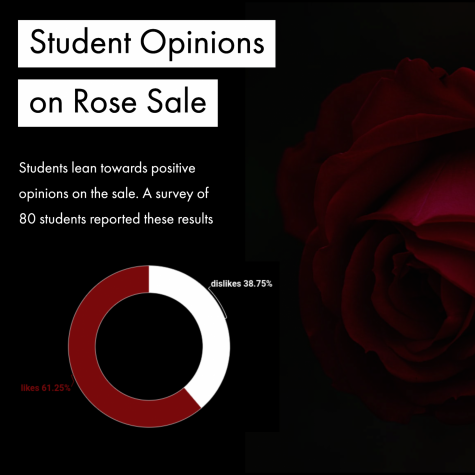 However, not everyone feels appreciated. For some students, rose sales can be a source of social insecurity and cause a plunge in self-esteem.

“From what I understand, a person can send one to someone they care about, and it will be delivered in front of the class to that person. As a therapist running a program about inclusivity, I would worry about the kid that’s not getting a rose and how they would feel being in a class watching other people receive roses,” said Shelley Bustamante, a Carlmont counselor and leader of Students Offering Support (SOS).

The roses are distributed to students during the school day in class in front of their peers. By the end of the day, some kids have bags filled with roses, while others might not have a single one.

“Statistically, students, especially females tend to have a drop in their self-esteem as they enter high school, making them very vulnerable, so why should we make it so public?” Bustamante said.

Besides the public manner in which these roses are distributed, some students can get too obsessed with the number of roses they receive and can try to use it as a way to socially intimidate their peers.

“Sometimes, I do feel bad for certain people if they don’t get a rose. I also dislike that others get a bunch of roses from their friends. It’s just a really fake feeling, and it’s also exclusivity if you’re excluding others. Not everyone gets one,” said Alex Nyholm-Goncalves, a junior at Carlmont.

Though some are concerned about the impacts of the rose sale, others point out that ASB organizes other all-inclusive Valentine’s Day events, such as filling the halls with personalized hearts that contain positive messages for the entire student body.

“The rose sale teaches kids that you don’t always get something, but it doesn’t mean that you are unloved,” said Paige Perez, a parent and former Parent Teacher Student Association (PTSA) president at Carlmont. “Sometimes you watch others get things that you don’t, and you need to be excited for your friend that gets a rose. It isn’t the only Valentine’s Day event during the day.”

People have expressed a wide range of opinions on the rose sales, some saying that they uplift the school community and others expressing concern on its negative impacts. Regardless, the rose sale is an attempt to raise spirits during the holiday and draw the student body together.

“Though I don’t think the sale has bad intentions, it could enhance the social practice of putting people in boxes of social status or popularity,” Bustamante said. “If ASB could figure out a way to have everyone get at least one rose, then it would be a wonderful way to enhance Carlmont’s community during the holiday.”