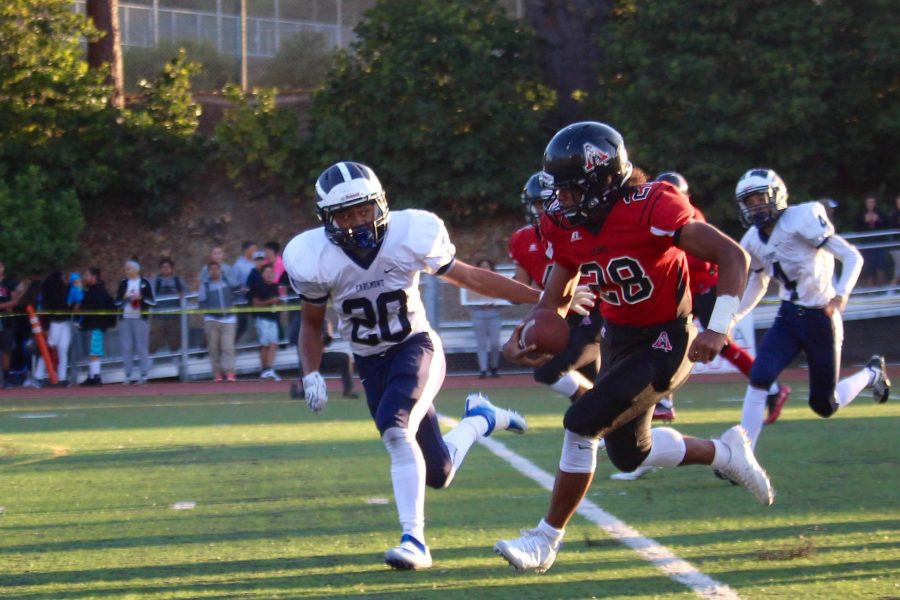 On Aug. 26, Carlmont varsity football lost to the Aragon Dons 57-23 in their season opener.

“Our run game was our strength, our line, and good blocking. Carlmont lacked their running back,” said  junior quarterback Gabriel Campos.

Despite being 43 points down, the Scots continued to demonstrate their determination in the second half.

“[We] wanted to prove to ourselves that we did not have the quitting attitude that teams in the past have had,” said junior Timmy Palthe.

The Scots also experienced a lot of change since last year’s season. The majority of the players are new and younger than an average. Additionally, Jake Messina is the new varsity head coach. Messina was an assistant coach at Menlo-Atherton, Merced, and Palo Alto.

“Being a younger team is a big factor because of the lack of size. Coach Messina is really turning the program around in an attitude point of view as well as a physical point of view. He’s smart because he using our strengths to our advantage like our running backs and me as a tight end. He will specialize plays that put our strengths together to make a good play. I feel the program is taking a major improvement as well as the team itself,” said junior Jason Lloyd.

The Screamin’ Scots also made an appearance at this away game. They cheered throughout the game despite Carlmont’s loss and embodied positivity.

After months of practice and new additions to their team, Carlmont Cheer made their second appearance this year; their debut was the Freshman Orientation earlier this August.

Captain Sophie Scott said, “We were all looking forward to stunting, more specifically, all 6 groups hitting extensions, then cradles. We also were looking forward to lots of fun team bonding and learning fun new dances for the school year.”

Carlmont will play against Woodside High School September 2 at home 7 p.m. and will view the game as a new opportunity to work hard and possibly win.

Administrative Vice Principal Grant Steunenberg said, “There was a lot of adversity for them that they could have easily shut down, but they never quit. They still put 23 points on the board, and that is still a pretty big deal. I am still looking forward to a good season.” 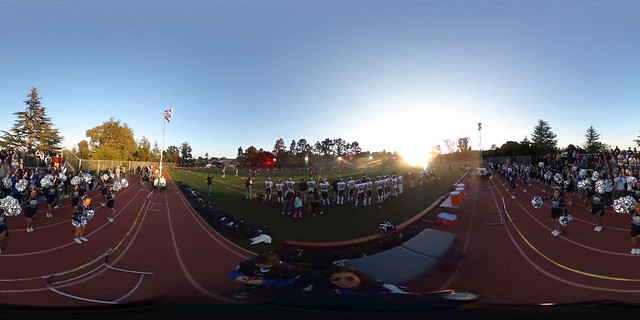