Carlmont silences those it disagrees with 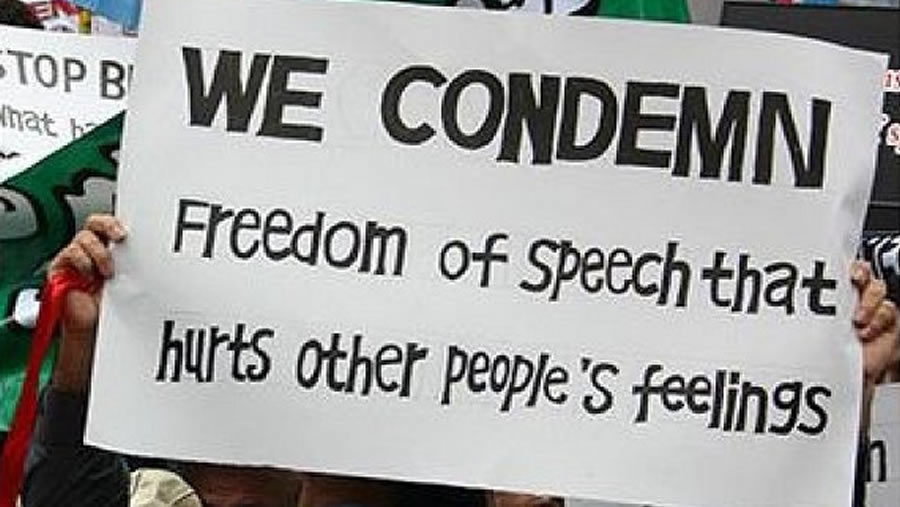 Freedom of speech is an essential civil liberty, especially nowadays with groups who feel oppressed by society. However, at Carlmont, many choose to ignore students who have points of view different from theirs.

At Carlmont, students expect that all voices will be heard regardless of race, sexuality, or creed.

However, there is still silence from a group that many would expect to be vocal. This group is not African Americans at Carlmont, nor is it the LGBT community. Both of these minority groups have an open and accepting environment at Carlmont and in the Bay Area in general.

The minority group still without a say is the conservatives of Carlmont and the Bay Area.

Although there are no laws that state conservatives cannot speak their opinion, this group chooses to remain silent. Conservatives in a traditionally liberal environment are often inclined to not express their beliefs because of the overwhelming sense that others will tell them that they are wrong. The feeling that nobody will listen to them because their ideas conflict with their peers has taken away the voice of this minority.

This hardly seems like an environment with freedom of expression.

Although an extreme example, it is not too far from the truth. At UC Berkeley, for example, multiple conservative speakers who were scheduled to speak for the students of the University decided it was in their best interest not to go. They feared they would be attacked, and people from both the conservative and liberal sides would be hurt, according to the LA Times.

In February, Milo Yiannopoulos, the former editor of Breitbart, had scheduled to come and give a speech on Berkeley’s campus. The result was one of chaos, rioting, and violence, according to Berkeleyside. Anti-Fascist (ANTIFA) protesters vandalized buildings and started fires in order to make sure Yiannopoulos would not get the opportunity to speak.

ANTIFA and other protesters carry shields that have the words “no hate” emblazoned on the front of them, according to the Washington Post.

However, these actions provoke hate rather than stopping it. By protesting through violence and intimidation, these groups force conservatives to refrain from expressing themselves and their opinions.

At Carlmont, a similar silencing of conservatives occurs to a lesser extent every single day.

Since Carlmont is located in the Bay Area, one of the most liberal places in the country, it is easy for students to assume that everyone around them shares the same beliefs as them. People find comfort in knowing others are like them, according to Vox. Most people do not want to be the outsider or be around outsiders.

When conservative students discuss their beliefs with others who are not conservative at Carlmont, they are treated as outsiders. Most liberal students have heard the same opinion over and over through their friends, family, and liberal news sources, according to the Guardian.

Because of this inherent bias, Carlmont cannot be considered a sanctuary of free speech, but rather a place where students can reaffirm their existing views and beliefs rather than find new ones.

If Carlmont truly wants to become a school where all people feel comfortable regardless of race, sexuality, or creed, students must embrace all of their minorities, including conservatives.