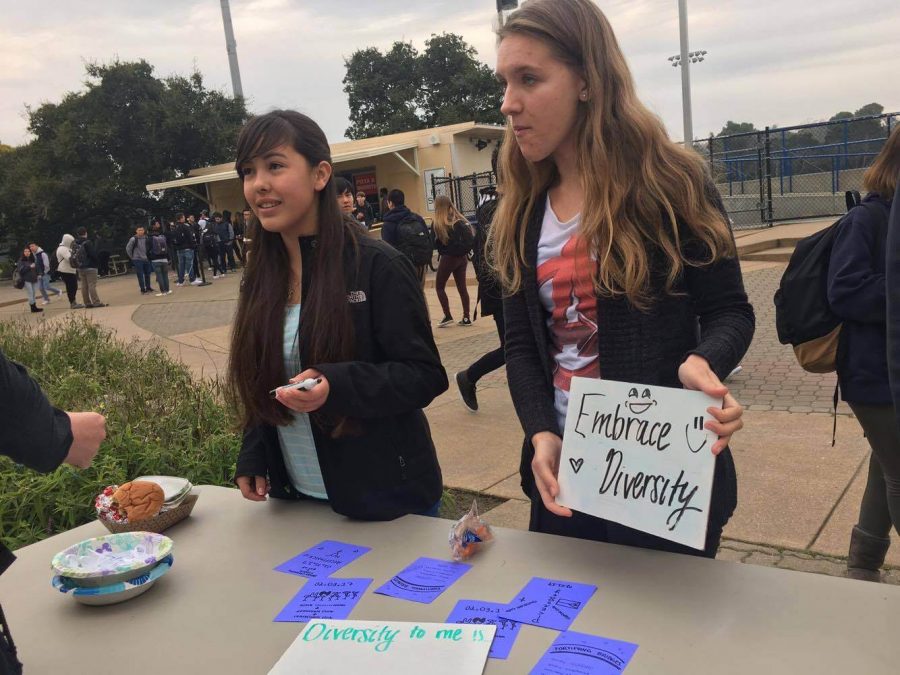 Turning an idea into action takes a lot of work.

No one knows this better than Naser Abdelrahman, Carlmont senior and vice president of the Muslim Fellowship Club, who began planning an interfaith week for the Carlmont campus in mid-November.

Inspired by current events, Abdelrahman believed that this week would be one step towards uniting students during a controversial time in history.

“When I began brainstorming ideas for this week, my first thought was to have the three Abrahamic religion clubs on campus start doing things together; this is where the club collaboration idea started. However, after the presidential election, I began to feel a great uncertainty on campus. I had teachers come up to me as a Muslim and ask if I was okay. Other students have also demonstrated this uncertainty about the future. I decided that in order to respond to these feelings, we had to come together and uphold Carlmont’s values, regardless of current events,” said Abdelrahman.

When Abdelrahman first came to ASB around early December with his idea, they supported him right away and were eager to help.

Katie Wong, a junior and Clubs and Culture supervisor for ASB Service Council said, “Naser came up to me with his idea of creating an interfaith week at Carlmont. When he came to me to talk about everything he was just so passionate about it that I knew we had to make it work.”

For about two months, Carlmont’s social clubs worked with Abdelrahman to plan lunchtime activities and execute a community-wide after-school event. Students have also reached out to local community members to help diversify and promote the event.

“For the Fortifying Bridges week culminating ceremony, I encouraged the club leaders to invite local community leaders to our event as a source of external insight. In addition, we have also reached out to local news stations including NBC, who are sending journalists to attend our event on Friday,” said Abdelrahman.

Rabbi Dennis J. Eisner, Dr. Vera Jacobson-Lundeberg, Hatim Rahman, Sarah Xiao, and Pastor Jason Frei are a few of the guest speakers that will be attending the event.

However, throughout the event planning process, many worried about political references interfering with the true message of the week.

“I felt that at times it was difficult to encompass people’s values. Our main goal was that we wanted to stay out of politics but at the same time, the politics are the reason we needed to come together and have an event like this. Walking that line of what is too political and what is just enough was very hard,” said Alyssa Feigelson, a senior, Co-President of GSA, and vice president of Jewish club.

The main purpose of Fortifying Bridges is to provide students with the opportunity to start a conversation with those who may share different views and beliefs. Through Fortifying Bridges, Carlmont is taking the first steps to bridge the gap between religious, ethnic, and political groups.

Abdelrahman said, “I hope that this will start a long term movement towards conversation. I envision that efforts like this will inspire Carlmont students to discuss the most controversial issues. Right now, America is divided because people are sticking to their own opinions and aren’t really conversing about why it is that they hold these opinions. I hope we get to the point where Carlmont students are able to converse about their feelings and expose themselves to new ideas.”