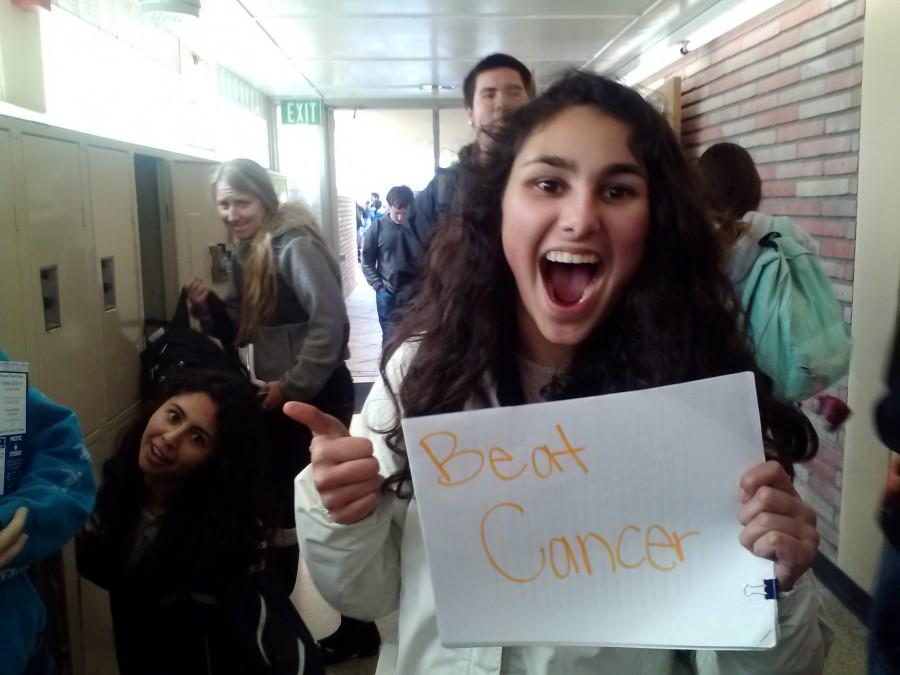 Kiana Yekrang does her part to beat cancer.

Every 30 seconds, someone in the United States is diagnosed with cancer.

This year, around 8,000 American children will be diagnosed with cancer, so it makes sense that it is the chief cause of death in children between the ages of one and 14. According to the National Cancer Institute’s website, these depressing statistics are nothing less than the truth. 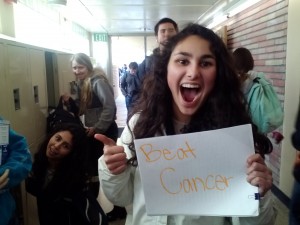 Kiana Yekrang does her part to beat cancer.

Despite the fact that cancer is defined by oxforddictionaries.com as “a disease caused by an uncontrolled division of abnormal cells in a part of the body,” it is far more than that of cells being out of alignment. It is a malicious disease that works its way into the lives of over 1.2 million Americans every year.

Deadly and vicious, cancer is a force to be reckoned with — but so are Carlmont students. Members of Carlmont’s Youth Against Cancer (CYAC) dedicate their time to spreading awareness of the effects that cancer has on society.

Through volunteer events and fundraisers, CYAC is making their mark on the road to end cancer with a mission to bring awareness about the different types, causes, and prevention of cancer.

CYAC has propelled its members as well as other Carlmont students to think critically about how young members of society can be a positive contribution in the fight to end cancer.

Senior Kiana Yekrang is among the many other students that have felt motivated and eager to reach out and put an end to cancer.

Yekrang said, “I’m really passionate about supporting the fight to end cancer. Even my dance studio is passionate about spreading awareness. I also think that students don’t realize how easy it is to expose yourself to things that are cancerous. Even things like constantly sleeping with your cell phone next to your face at night can lead to cancer years down the road.”

Believe it or not, using mobile phones like this can lead to cancerous brain tumors according to telegraph.co.

Leah Roe, a member of CYAC, said, “Everyone can do their part whether it is volunteering at hospitals or donating spare change. It might not seem like it, but everything counts.”

Not everyone can become a doctor and end cancer with a scientific breakthrough one day, but everyone can do their part by reaching out to those nearest them. An easy way to get involved is by stepping into one of CYAC’s meetings, held on alternating Thursdays in room T-10.