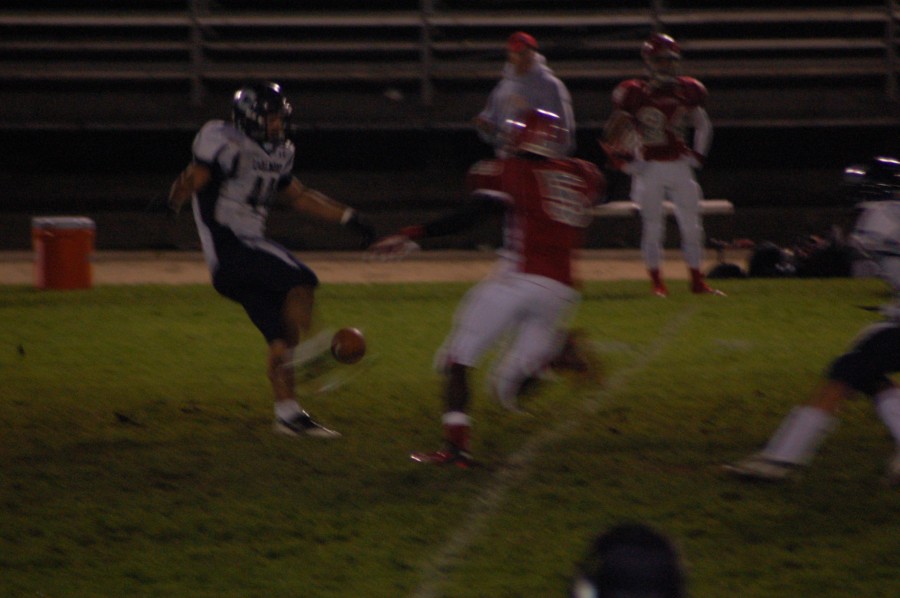 Carlmont could have secured their place in the Central Coast Sectionals on Friday nights, instead they muddled their chances by being on the recieving end of a beat down. Carlmont fell to El Camino (31-7) Friday night in South San Francisco.

The game had a championship feel to it for the visiting Scots, entering the game with an undefeated record in PAL league play, a victory would have clinched berth in CCS playoffs. El Camino had different plans, the Wildcats scored early and scored often and built a huge first half lead.

Quarterback Rich Mathiesen did it all for the Wildcats is the first half, he started off the scoring with a 27 yard touchdown pass and then followed it up with a 58 yard bounce to the outside which turned into a monster touchdown for El Camino.

El Camino was close to putting the game out of reach going into halftime with another long long touchdown run to go up 21-0.

The Scots just couldn’t get any rhythm on offense as they failed to get onto the board until deep into the fourth quarter. Sky Regan tacked on a touchdown late for the Scots as their lone score.

The Scots turn their attention to close proximity rival Sequoia next week in a non-league rivalry game under the lights.