Carlmont welcomes the Class of 2024 to campus 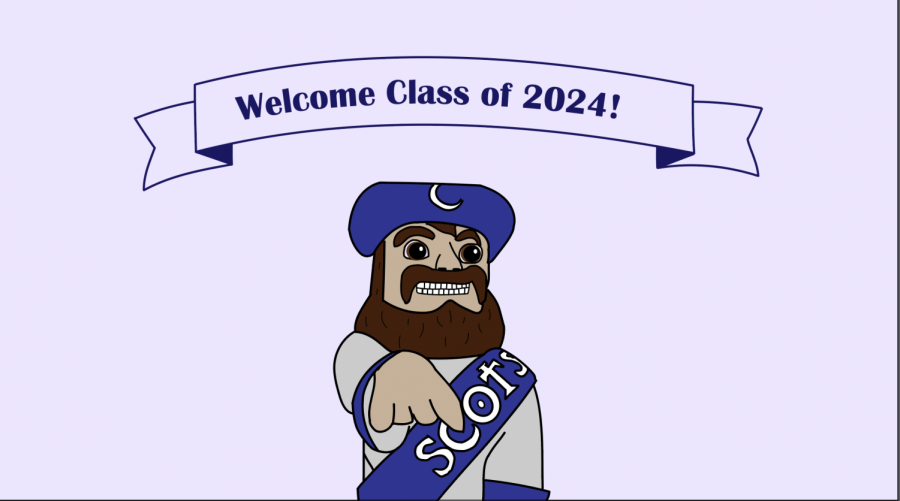 Eight months after the start of the school year, 300 members of the Class of 2024 were welcomed to campus, some for the first time, for the Freshman Assembly.

In the past, the Freshman Assembly, or Freshman Orientation, would take place the day before school.

All freshmen would arrive at Carlmont and go through a day of activities to help them adjust to campus life.

Bridget Dirstine, a senior, said, “For my freshman assembly, I was pretty excited because I was ready to be a high school student. I was also excited to see all of my friends again since I hadn’t seen them since the previous school year.”

Due to safety guidelines, the Freshman Assembly has been reimagined this year to be safe.

The activities at this assembly are more similar to the Welcome Back Assembly, which has happened in past years.

“We wanted to do something for the freshmen to make them feel more welcome because they haven’t had anything at all,” Jim Kelly, Carlmont’s Activities Director, said. “We discussed trying to do more of a spirit assembly, where they play games, but then we realized, trying to do that while being COVID-19 safe is really difficult. So, I came up with the idea of having a motivational speaker.”

Despite the logistics, many people realized the importance of the Freshman Assembly. Even though the school year has been far from traditional, this event gives the new students a sense of normalcy.

“I think it’s really important, so freshmen can get the idea that Carlmont is a fun, spirited school,” Dirstine said.

While Carlmont has hosted some virtual events to keep morale up, not much can compare to in-person activities.

Kelly said, “We understand the reality of doing something virtual is really slim. The last thing people want to do on a Wednesday is to get on Zoom. So, we said, ‘we can do it in person, it’s better in person, let’s do it in person.’”

Many freshmen were excited to partake in this event, as it allowed them to have a glimpse at what a normal year may have been like.

The importance of connection and engagement was not lost on Kelly, as he wanted the same thing.

“You’re going to be a more successful student because you’re engaged. Everything that we do in ASB is trying to create a feeling of engagement,” Kelly said.