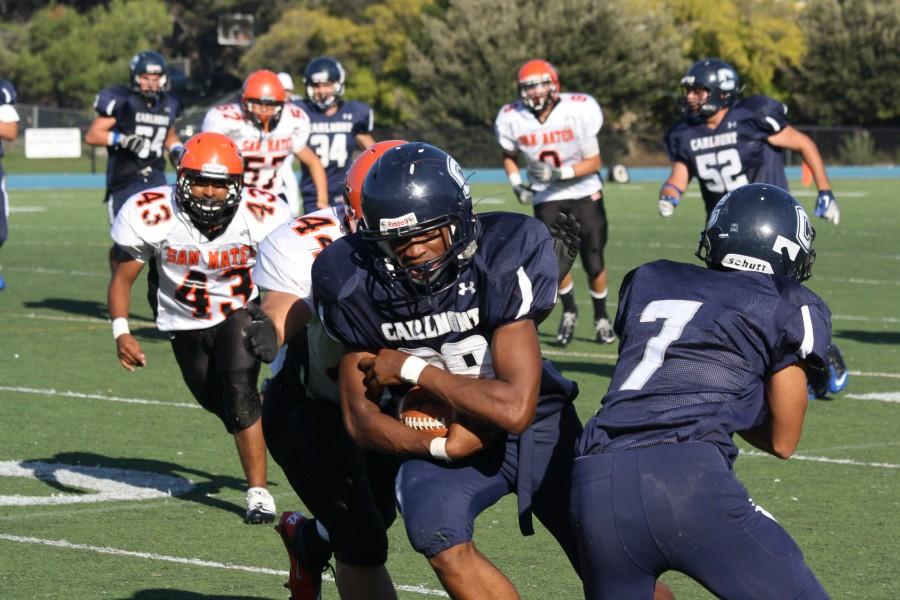 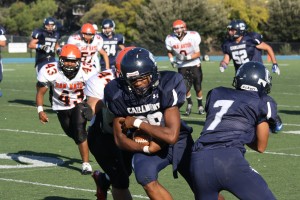 Carlmont won the game in the first half behind quaterback Jack Karasky and a strong defensive effort. Karasky had two long rushing touchdowns and one passing.

Senior WR Matt Goldau had this to say about Karasky, “He really won the game for us today with his quick feet and smart decision making.”

The Bearcats offense had no solution to a swarming Carlmont defense that shut down quarterback Trevor Brill to a 137 passing yards and limited running back Michael Latu to 20 yards rushing. Latu was coming off a strong effort in the previous game thrashing The Kings Academy for 265 yards rushing and five touchdowns.

Carlmont will also be pleased with its efficient rushing game which finished with 204 yards.

The Scots didn’t make it completely easy for themselves with a pair of fumbles and a total of 11 penalties going against them.

Carlmont travels to Mills High School next week to take on the Vikings in Millbrae.

The Scots will be confident going into its second league game with a win under its belt.