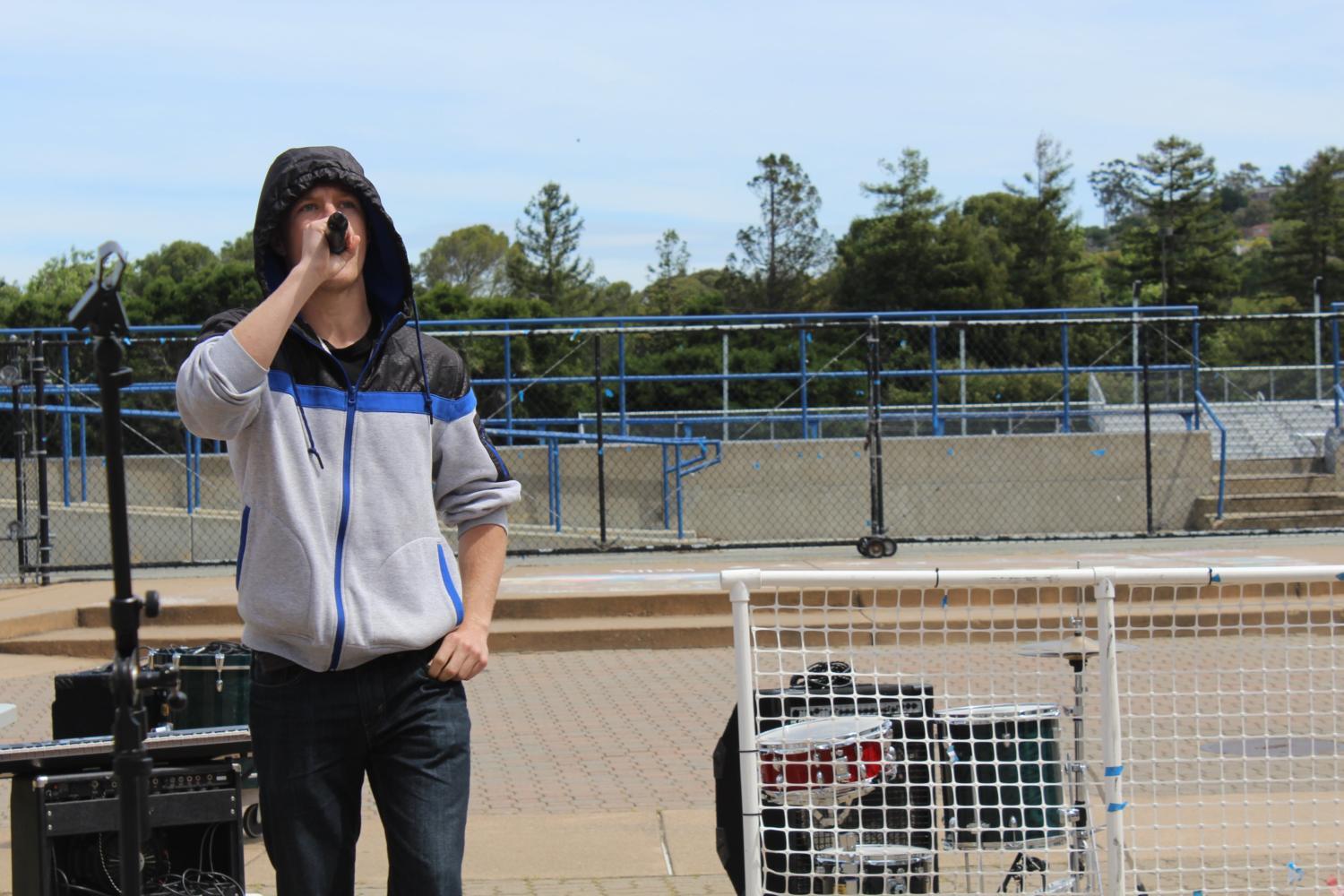 Ryan Callan, a senior, sings a tune to the ears of a watching crowd.

The lunchtime crowd erupted into a roar of applause after one of the performers finished their act to the awe of many onlookers.

Carlmont’s Got Talent is an annual talent show that allows the school population to see the unique talents of their peers.

The talent showcased during the event, which spanned for about two weeks, included an array of singing acts, magic acts, and anything else that the students wished to show off.

Tori Miranda, a senior and ASB vice president, believes that Carlmont’s Got Talent is a great way for students to connect with others within the school.

“My favorite part about Carlmont’s Got Talent is seeing all of the impressive skills that the students have. I love how it is a place where the students can broadcast their abilities and receive praise and recognition from the rest of the student body,” said Miranda.

Not only is the show a way to bring the spectators and performers together, but picking student-judges also engages the students by involving them, even if they’re not performing.

Sophomore Kyle Dimick was one of the first acts of the competition and enjoyed the opportunity to perform in front of his friends and the school. Dimick performed a memorable act utilizing only a yo-yo, which intrigued many spectators.

“It was pretty fun performing my act because all of my friends were there and were able to see a talent that I rarely show off,” said Dimick.

The quad was filled with students on each of the days that the competition was held, as students ate their lunches while enjoying the entertainment that only comes once a school year.

“I like Carlmont’s Got Talent because it gives a sense of community to Carlmont and lets our school see things about people that we may have never known about or seen before,” said freshman Elizabeth Kravtchenko.