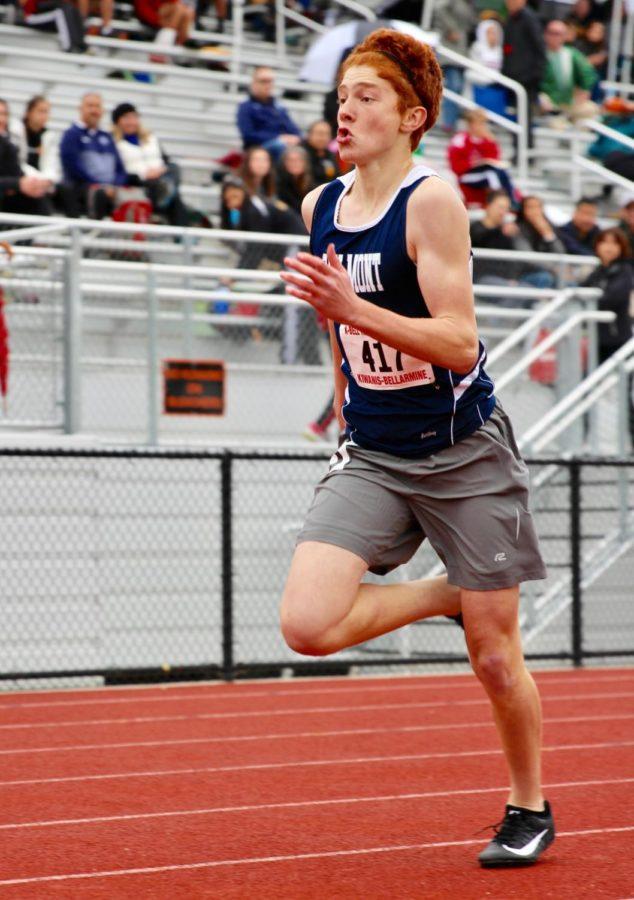 Patrik Geleziunas sprints to the finish line at the K-Bell Track and Field Classic at Los Altos High School.

They raced against many private schools, along with some of their public school rivals. 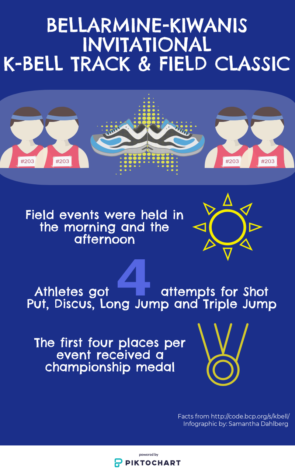 “Other schools, other people. There is really no difference. There is someone to race against and someone to beat,” said 4×100 runner Isaac Braunstein, a sophomore.

The weather was not the best that it could’ve been since it was raining on and off between races.

“It felt refreshing to run in the rain because when you are hot and sweaty, it is not that exciting and the rain just clears it out of your system,” said 100 meter and 200 meter runner, freshman Varsha Raj.

As for the rest of the meet, there were many runners doing their own thing, all focused on doing their best for their school.

Since not everyone showed up for their race, some teammates were required to run in races that they were not prepared for.

“At this meet, I ran in the 4×100 race with three long jumpers because my original teammates did not show up. They have never run one of those kinds of races before so it was quite nerve-wracking for me since I had to teach them how to pass a baton,” Braunstein said. “I also had to teach them all of the rules on the 4×100 that I barely knew because this is my first year running that type of race.”

When it comes to getting prepared for a race, all runners have their own ways to get pumped up for their run to the finish.

“I pat my legs when they are super stiff before I run. I also make sure to always make friends with the opponents by always introducing myself to them. Plus, I have realized that I run the best when I’m either really happy or really mad, so I usually think of a moment when I felt super happy, and it motivates me to win,” said Morgan Psalia, a junior.

According to athletic.net, the results for Carlmont were 13th in varsity men’s, 18th in frosh/soph men’s, and 26th in varsity women’s.