Cartoon: Taking to the Streets 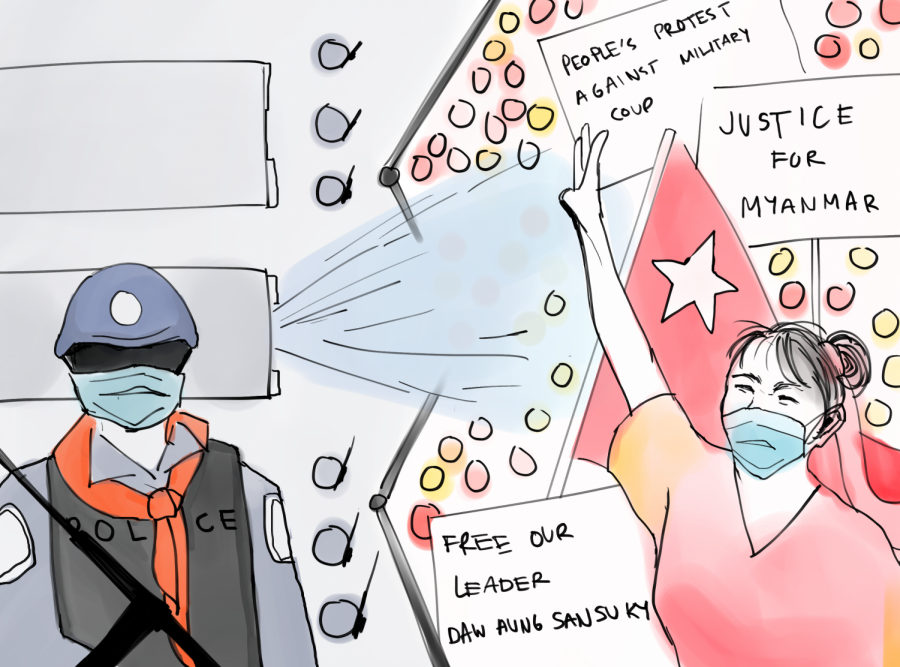 Protesters in Myanmar demand the release of Myanmar's leader, Aung San Suu Kyi, who was deposed by a military coup, as well as an end to the ongoing military rule. Protesters are seen waving flags and holding up a three-finger salute, a symbol of resistance that originates from the Hunger Games franchise. The Myanmar police have attacked protesters with water cannons and rubber bullets.