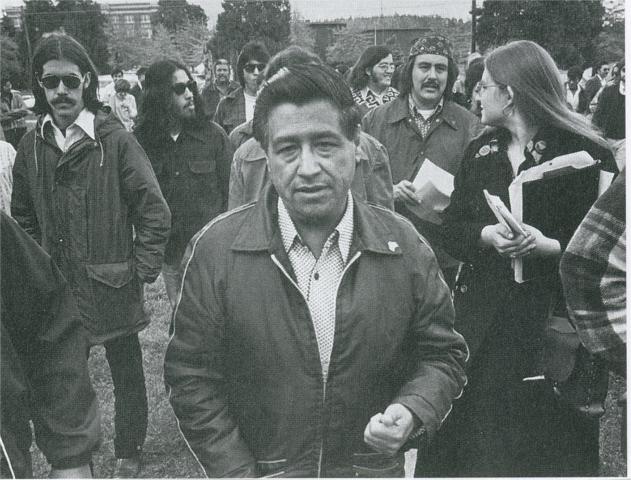 In light of President Barack Obama’s recent proclamation for the celebration of Cesar Chavez Day on March 31, the Sequoia District gave students a day off.

March 31, otherwise known as Cesar Chavez Day, allows the public to reflect on the monumental leadership and dedication to civil rights of the American figure Cesar Chavez.

According to the White House, Obama said, “Now, therefore, I, Barack Obama, President of the United States of America, by virtue of the authority vested in me by the Constitution and the laws of the United States, do hereby proclaim March 31, 2014, as Cesar Chavez Day.”

California is the only state in the nation that officially celebrates Cesar Chavez Day. However, other states such as Colorado, Texas, Arizona, New Mexico, and Michigan, hold various activities in tribute to Chavez.

“I think it’s really cool how California is recognizing such an important historical figure and dedicating a full day to his accomplishments,” said junior Amanda Breslauer.

Chavez’s influence is seen throughout the Bay Area, however some don’t know the story behind his fame.

Chavez was born on March 31, 1927 in Yuma, Ariz. into a third-generation Mexican American family. He later moved to California and began working in the farm fields of Delano. As a labor rights activist who practiced nonviolent protest, Chavez successfully unionized the Latino and Filipino workers. He and his wife Herera founded the National Farm Workers Association, now known as the United Farm Workers.

Although his name is renowned, some teachers did not address his story in the classroom.

“I call upon all Americans to observe this day with appropriate service, community, and education programs to honor Cesar Chavez’s enduring legacy,” said Obama.

Common Core curriculum enforces the teaching of Chavez’s work only in grade school, however some high school students want to learn more.

Junior Frieda Freeman said, “None of my teachers mentioned Cesar Chavez in class and they should teach about him because I don’t remember much about him. I wish I could learn why we deserve a day off in honor of his accomplishments.”

However, some teachers took the opportunity to take time off of the Common Core and educated their students on Chavez’s work.

“Mr. Gomez gave us an article about Chavez but we have not studied him in depth yet. I am really excited to learn about him and his impact on society in APUSH,” said Breslauer.

For a limited time, the public can go to any local movie theater and see the documentary, Cesar Chavez, a tribute to his life’s work.

“The movie was really educational and I learned a lot more about the struggles farmers endured and Cesar Chavez’s influence on modern society,” said junior Mariko Kondo.