Champions League round of 16 brings soccer to school 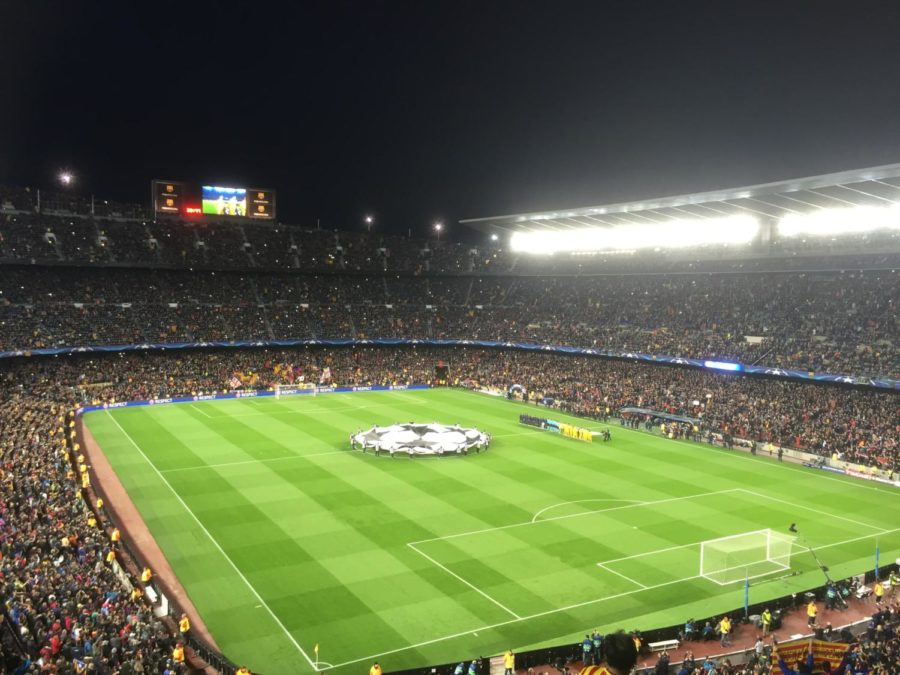 With the UEFA Champions League tournament inching further to its final on June 1 in Madrid, Spain, fans around the world are tuning into their screens to see how Europe’s most prestigious soccer tournament will play out.

“You always get to see teams play against each other in their own league, but you only really get to see how good a team is when they play against other European teams in the Champions League,” said freshman James Dimartino.

The Champions League typically starts in September, with randomly drawn group play involving the best teams from all of Europe’s top soccer leagues. After the group stage comes the round of 16, which is where the tournament currently finds itself.

“It is a very competitive level of soccer and has the best teams from Europe,” said George Mathew, a junior. “The knockout rounds are the most intense part of it and they build up really well into the final.”

Here at Carlmont, round of 16 games are played during lunch, fourth, and fifth period, creating a problem for many students who love the sport.

“Usually I record the games then watch at home where I’m on the big TV, and I can sit and watch and not worry about paying attention in class,” said Devin Billingsley, a junior.

While some students enjoy living through the entire 90 minutes at home, others do not have the patience to watch recordings after school.

“I wish it wasn’t during school so I wouldn’t have to watch during class,” said Nick Knobel, a junior. “I still do, though.”

In the ASB room, Theo Korolev, a senior, watches the games with his friends during lunch, hooking up his laptop to a TV for the 40 minutes between classes.

“I know how to set it up and send it to the soccer group chat and other people that I know that are interested in the sport,” Korolev said. “And so we have this mini community behind the scenes at lunch.”

Most of the tournament’s excitement starts during the round of 16 — and this year’s round of 16 is no exception, producing matches that have astonished fans around the world and at Carlmont. has Carlmont.

“The biggest upset was for sure PSG versus Man-U,” Korolev said.

“Even though Manchester had high spirits, they were the away team. I’m a Man-U fan and even I would say they got lucky. It wasn’t a hand-ball,” Korolev said.

In the eyes of many fans and analysts, a good showing in Champions League is more important to PSG than their own league. Once again, PSG fell short — this time due to officiating.

However, some still see the referee’s fault as a source of amusement.

“It was really funny and I was laughing because PSG spends so much money and they didn’t get anything done,” Billingsley said.

Another matchup between two world-class teams was that of Bayern Munich and Liverpool. Liverpool’s victory over Bayern proved just as much about the old age of Bayern as it did about the future of Liverpool.

“It proves we are not a one year deal. Last year we made it to the final, and this year we went to Bayern and ran them 3-1. Nobody wants to play us, we’re too good,” Knobel said, speaking on behalf of his supporting club, Liverpool.

One of the most stunning things about Champions League is the fact that the world’s top players get to play head to head against each other. In past seasons, Real Madrid has been led by Cristiano Ronaldo, securing three consecutive Champions League trophies leading up to this year. Over the 2018 summer Ronaldo left, and almost fittingly, Real Madrid took an early exit from the tournament. 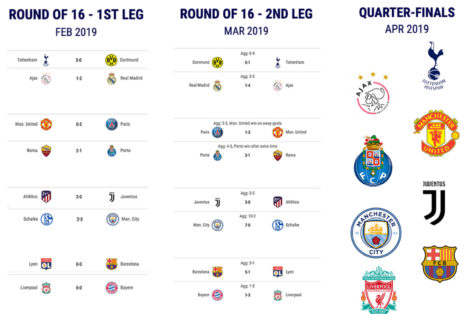 “It’s absolutely hilarious because they lost their star player and they said they’d be fine without him but now they’re falling apart,” Billingsley said.

Yet Ronaldo has used 2019 to continue his domination over the Champions League. The all-time Champions League leading scorer carried Juventus to the quarterfinal with a hat trick against Atlético Madrid in the second leg.

“I was surprised they came back especially with Atlético’s strength in the back,” Knobel said.

Despite Atlético’s strength in the back and the fact that they had won the first leg 2-0, Ronaldo was able to astonish the world once again, letting everyone know he would remain king of the Champions League.

Ronaldo’s rival, Lionel Messi, also advanced to the quarterfinals, with FC Barcelona easily defeating Lyon. Even though Messi and Ronaldo are no longer in the same European league, Champions League gives fans another chance to see the two go head to head.

“I can’t watch a normal Barcelona game but I can watch Champions League and it’s just cool to watch players you don’t usually see play like Messi and Ronaldo,” Knobel said.

With the round of 16 over, the tournament enters the quarterfinal round, where the remaining teams will play against each other in matchups that are randomly drawn on Friday, Mar. 15.

The excitement of fans around the world is reflected by the fans here at Carlmont. Instead of letting the fact that the games are played during school be a negative, students are allowing the electricity of Champions League to bring joy and nerves to otherwise normal school days.

“It’s nice since its bringing out a different light in Carlmont,” Korolev said. “The norm around here isn’t soccer, but the ability to have a place where fans can bond over a sport they all love is really cool.”