Cheer leads Carlmont as the only year-round sport 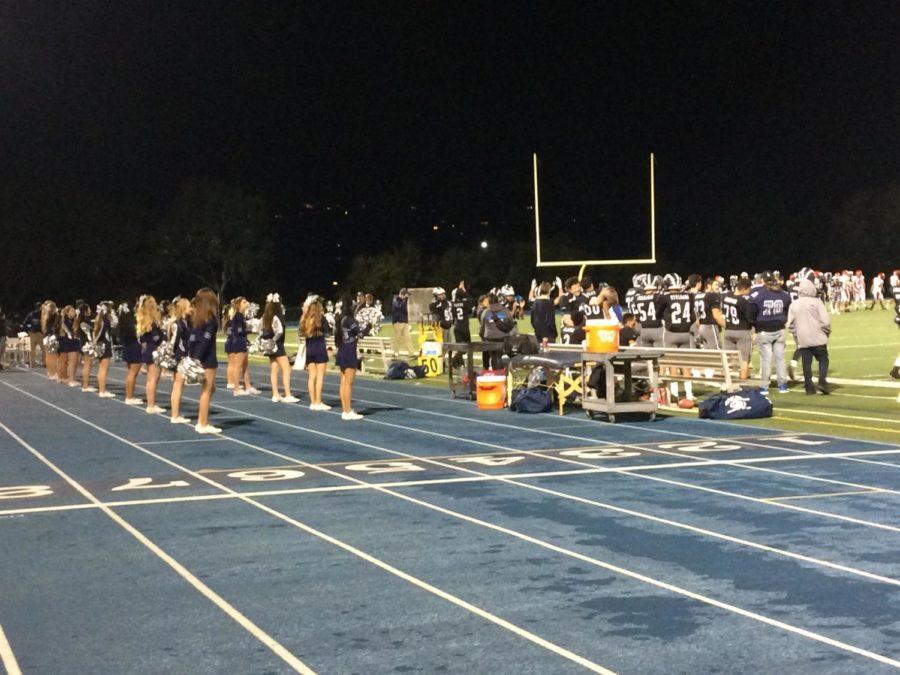 The Carlmont cheer team cheers for the varsity football team playing against Mills.

As the only sports team that plays year-round, the Carlmont cheer team is always improving and preparing themselves for what’s to come.

Many sports at Carlmont, such as basketball and football, last only until the school season is over, then they wait until the next season starts. However, unlike basketball and baseball, cheer has no offseason.

“When there aren’t any other Carlmont sports going on to cheer for, the girls are either participating or preparing for showcases and trying to qualify for nationals,” said Ty Young, one of the cheer coaches.

Carlmont cheer is a large commitment for one to make, including the coaches who have to be able to be there year round for their team. Nonstop, the team is going from sports events to practices, to showcases, and more, making the sport very taxing on its participants.

“It’s really fun, but sometimes it is stressful because it is hard to find personal time due to the fact that you are always on the go doing practices, games, and competitions,” said Nicole Eftimiou, a senior.

Without the dedication given by the cheer squad, they would not perform nearly as well as their routines require constant practice.

“You have one chance to prove why you should be number one so it is pretty much do or die and we just strive to be clean and hit all our stunts and make sure everyone is having fun and being safe,” said Eftimiou.

The fact that the season is year round keeps the team prepared for everything: showcases or competitions. Even if the team has to learn multiple routines in a short amount of time, they are able to do it.

“The most challenging part of being a cheerleader is definitely learning the new routines in a week and crunching time,” said Sophie Mercado, a junior.

Despite having to learn so many routines in such a short amount of time, they are able to do it.  For example, during homecoming week, the team had to learn three separate routines, one for the assembly performance, one for the halftime show at the game, and for the football and cheer dance during the assembly.

“It’s definitely a lot of time, work, and sweat, but in the end, it’s always worth it,” said Mercado.