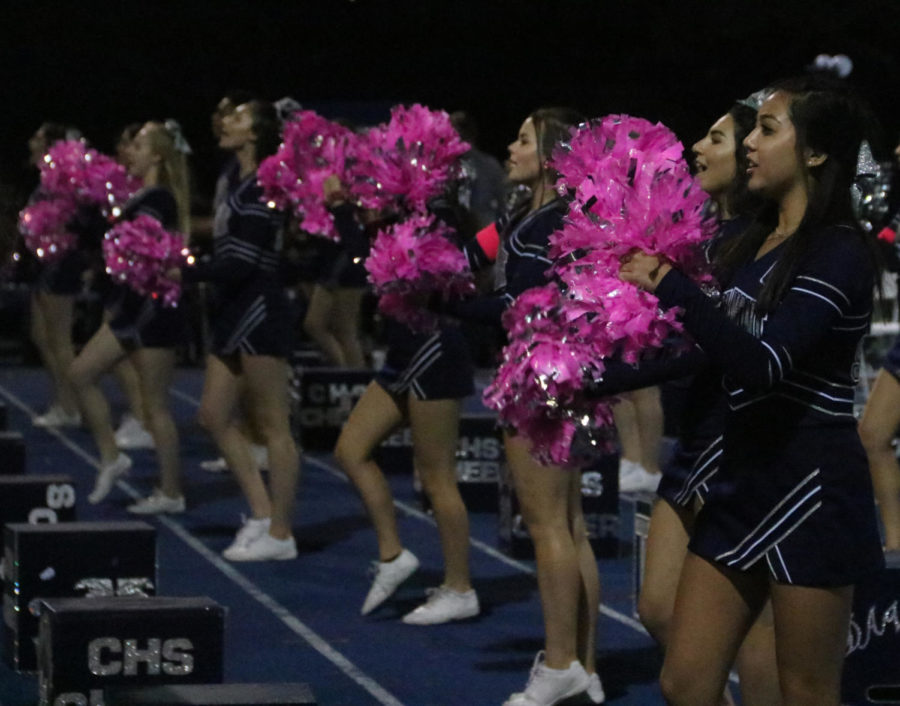 When there’s a home football game, cheerleaders and the Screaming Scots are found sporting Scots’ blue to show their support. However, Friday’s game against Capuchino High School was different.

Pink covered the halls of Carlmont in the days leading up to the game as cheerleaders such as junior Ella Reyes handed out pink ribbons and wristbands.

“We sold pink bandanas and handed out pink ribbons at school to encourage others to show their support and awareness of breast cancer,” Reyes said.

Though the change in color on campus may have been unexpected for some, junior Alli Velschow believed the first week of October was the perfect time.

“I think we all think that [spreading awareness] is really important, and since October is National Breast Cancer Awareness Month, we figured that this was a good time to advocate,”  Velschow said. “I think we did a great job and we’re proud that we could help.”

Approximately 252,710 women are diagnosed with the disease in the U.S. each year according to breastcancer.org.

“Breast cancer is one of the most common causes of death for women across the U.S., especially in the Bay Area, which has one of the highest rates in the country,” Morgan said. “As women, we should raise awareness through the importance of self-examination and research to reduce future cases.”

According to the American Cancer Society, around one in eight women in the U.S. will develop invasive breast cancer over the course of their lifetime. Though the number of breast cancer survivors have increased over the years, many continue to be affected by the disease—both those who are diagnosed and their loved ones.

For Reyes, her team’s participation in breast cancer awareness was more personal.

“I really appreciated that the team took part in this because I lost my grandma to breast cancer,” Reyes said. “I think it’s amazing that our school does these things to raise awareness and after losing my grandma, I see this as a reminder of awareness for young women.”