Cheung sisters take on CMEA with a unanimous superior 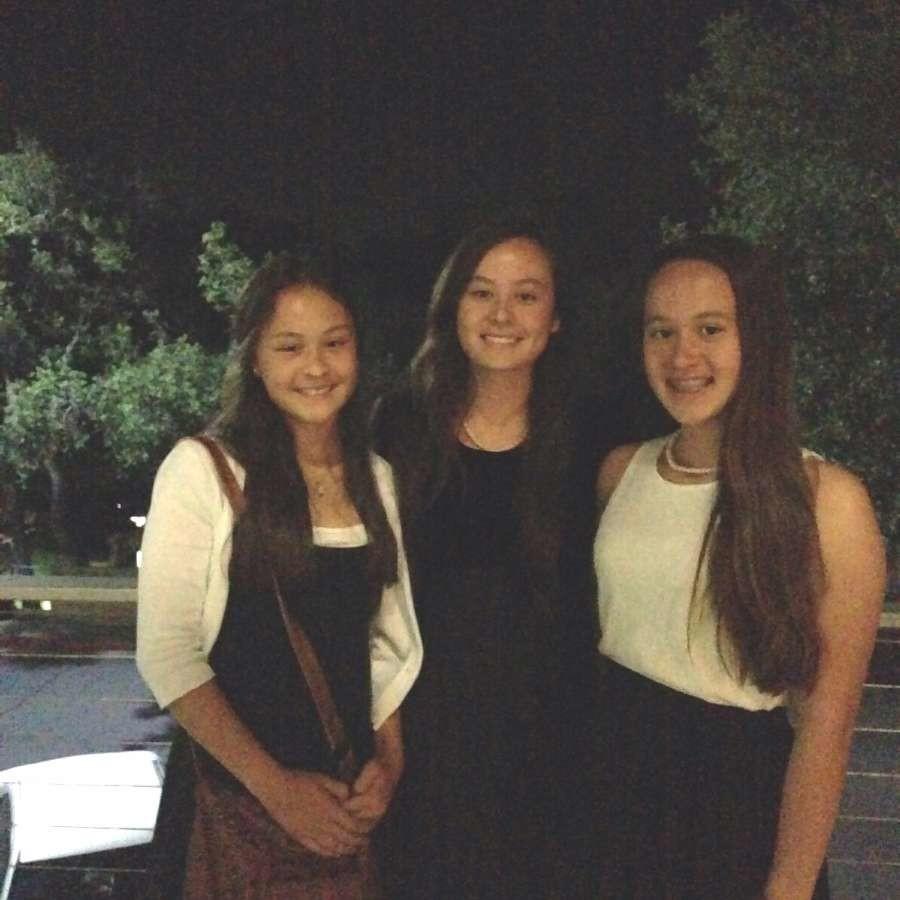 The Cheung sisters, who are all involved in their schools music programs, poses for a picture after a concert.

Imagine young students sitting together trying to figure out how to play a piece of wood or metal.

This is how the Cheung sisters began their journey with their instruments.

In the fourth grade, Ashley Cheung started playing her clarinet and continues to play in her senior year.

Sophomore Brittany Cheung has also been playing her flute since fourth grade.

Both Cheung sisters have been involved in instrumental music for over six years.

This past weekend, Carlmont’s Symphonic Band and Symphony Orchestra competed in the California Music Educators Association (CMEA) Festival where both groups were critiqued by a judicator. The festival was held in El Camino High School in South San Francisco over a span of two days.

Brittany Cheung said, “We performed two pieces: Jubilant Overture and Folk Song Suite and we got a unanimous superior. I was actually surprised because the acoustics in the high school were really bad. I thought we played better at Carlmont.”

Carlmont High School had two groups out of the three who competed win a unanimous superior.

“We spent a lot of time working on the small details as an individual, section, and as a group. I think that’s why we got a unanimous superior which is the highest rank,” said Ashley Cheung.

Many instrumental music students were happy about the results of this year’s festival.

“I think it was two years ago when we went to a music festival, we only got an excellent for orchestra. I was a bit surprised, I think this was the first time that I’ve been to Carlmont where both groups got unanimous superior,” said senior Cate Sue who is in both Symphonic Band and Symphony Orchestra.

Despite not being able to get a high ranking in the past, all students in the instrumental community thank the conductors for their help.

“I still want to continue improving and playing in college. Mr Smart spent a lot of time with us teaching us about how to interpret the music beyond what is just written in the music,” said Ashley Cheung.