Childish Gambino’s success with ‘Because the Internet’ 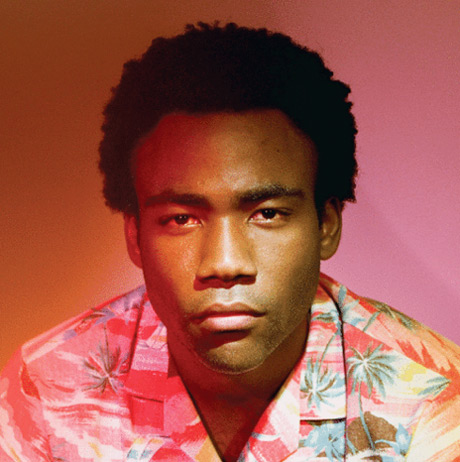 The cover art for Childish Gambino's "Because the Internet."

The up and coming artist Childish Gambino has slowly gained his name in the hip hop/rap genre of the music industry, while also creating a bigger name for himself.

Known off stage as Donald Glover, the rapper was first recognized for his work as a writer for the NBC comedy series “30 Rock.” He soon began working more and more as a stand-up comedian with a rising rap career.

Glover released numerous mixtapes and albums on his own until he eventually signed to Glassnote Records. His first album, “Camp,” was released in 2011 and recently revealed his newest album, “Because the Internet,” in December 2013.

With a new and interesting style to the hip hop/rap genre, Glover has been in the top iTunes chart for weeks for his album “Because the Internet.”

Nineteen tracks dominate the newest album, with popular songs such as “Crawl,” “Worldstar,” and “3005.” This album mixes interesting instrumentals with the Glover’s unique rapping techniques.

“I really liked the new album because his music is completely different than other artists. His beats are unique in each song and he has a lot of variety throughout the album, so it’s hard to get bored with it,” said junior Neeshae Wain.

Although there were songs off Glover’s first album, Camp that were more enjoyable for me than some on Because the Internet, his second album proves how great of an artist he due to the varying styles created.

Carlmont student Jenna Mourad said, “Some of the songs that stood out for me included ‘Sweatpants’ and ‘No Exit’ because they really brought out kind of music I enjoy from Childish Gambino.”

Junior Komei Wang said, “I really liked the songs ‘The Party,’ ‘Shadows,’ and ‘Flight of the Navigator’ since they were original and felt like they weren’t forced to sound different or unique. The album overall was okay for me, but ‘The Worst Guys’ featuring Chance the Rapper disappointed me since I expected more of two great artists.”

In short, Childish Gambino proved to bring out new styles to the classic hip hop/rap genre. Although some songs on his newest album didn’t appeal to everyone, “Because the Internet” was a hit overall.