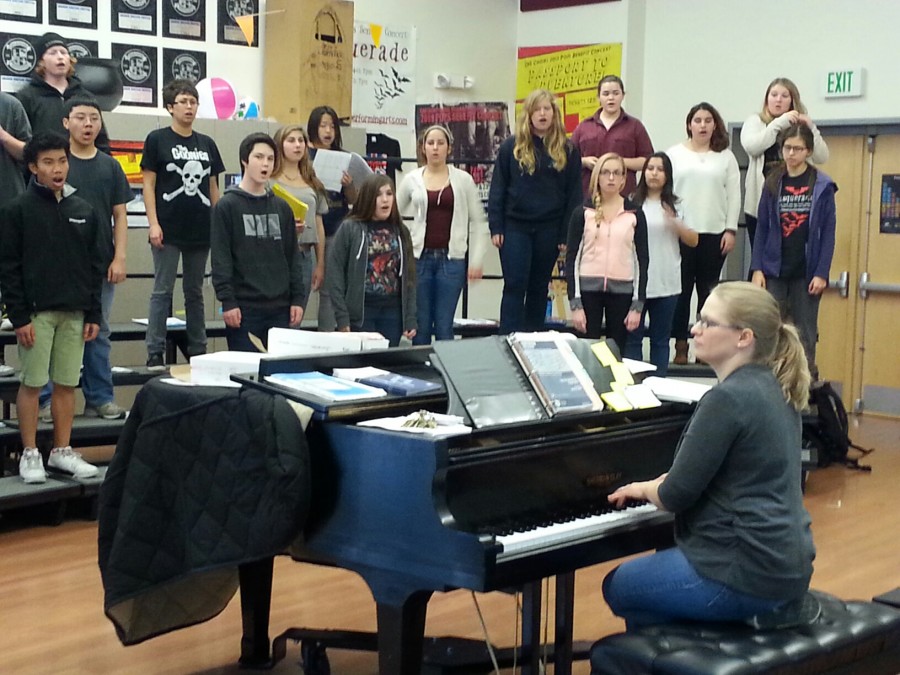 Choir placement assessments for next year take place in less than a month, and some students have already started preparing. Although it is not necessary to audition to be in every choir, spots in higher level choirs are limited.

Lusk hopes to be placed in Chamber Singers “because it’s the highest level choir. All their music is a cappella and it’s awesome,” she said.

A cappella means that the choir produces all their music using only their own bodies and voices– no instruments.

Sophomore Shay Zalavadia of Women’s Choir also plans to audition. Zalavadia said, “The reason I’m trying out is because I love to sing, and getting into Chamber would push me to be a better singer.”

Junior Adrian Chan said, “I would like to get into Chamber Singers, but I wouldn’t mind staying in Concert Choir. I am considering trying out because, well, I just might get in.”

Choir Director Genevieve Tep said, “Usually we only have five-minute time slots, but this year we’re doing 10-minute slots so we don’t fall behind [schedule] and so kids aren’t feeling rushed.”

From her previous experience with Carlmont’s placement assessments, Zalavadia said, “The auditions are pretty casual in my opinion because it’s just in front of Mrs. Tep, and it takes 10 to 20 minutes. It goes by really fast, especially if you’re confident with your skills and your song piece.”

Others had differing opinions about previous years’ assessments.

Chan said, “Auditions were pretty hardcore last year. [The] five-minute time slots [were] not enough at all, so everyone was running late, and everyone’s nerves were strained.”

The singers prepare a vocal piece for their assessment but are also judged on their general knowledge of music. Chan said, “It’s a good idea to brush up on sight reading and major and minor triads, because you’ll [be expected] to know those for the audition.”

Lusk said, “I am practicing the song I’m going to sing, the chromatic scale, the major scale, and some sight reading.”

Unlike Lusk, some students have not yet begun preparing for their assessments.

Chan is one of the students who has not started to prepare. Chan said, “I think people should start getting ready as soon as they can and avoid being a procrastinating bum like me.”