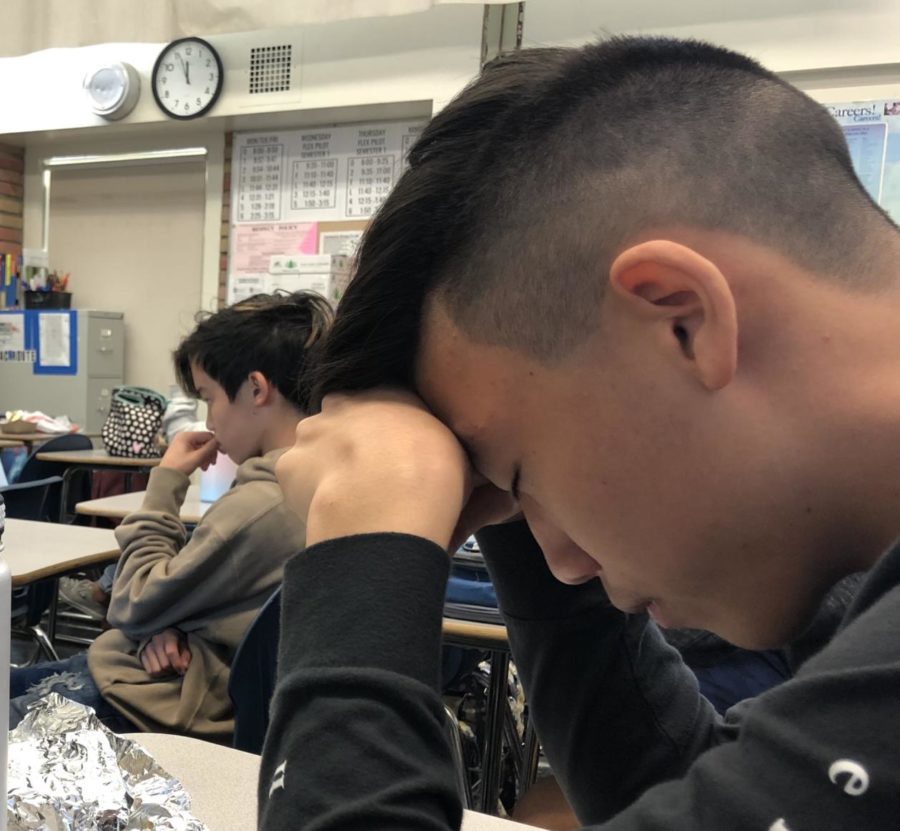 Darius Chao prays with the rest of the members of Christians in Action Club at the beginning of their Oct. 21 meeting.

CIA at Carlmont doesn’t have international espionage or hold government secrets. Instead, it holds meetings every Monday to unite students through God.

At Carlmont, Club President Karina Tseng along with Vice Presidents Diane Ji and Wesley Costa, created Christians in Action (CIA) to unite different sects of religion into a supportive community of students.

“CIA gives Christians at Carlmont a place to share their beliefs and connect with other Christians that aren’t from their church,” said freshman Manjit Wadhwa, a club member.

Throughout history, many denominations, or sects, have disagreed about their beliefs in God. These sects include Protestantism, Catholicism, Anglicanism, and Eastern Orthodoxy. Though they have separated societies in the past, CIA unites all sects together into a club that prioritizes only God and allows for open expression of beliefs.

After Jesus’ crucifixion, his 12 disciples, also known as apostles, spread his teachings. These teachings make up Christianity, but Christianity has developed into different sects over time.

For example, Catholicism celebrates St. John the Baptist’s Day on June 24 whereas Lutheranism, along with some other sects, does not celebrate days of saints. Sometimes there are geographical differences that align with the differences in sects, but sometimes the differences are purely ideological.

Those who feel like they aren’t able to express themselves in other day-to-day school activities often find a sanctuary in CIA.

Mackenzie Quon, a freshman, said, “CIA helps me be me at school, and I don’t feel as different.”

No matter how different individual members are outside the club, they can all bond and create friendships with fellow believers every Monday in C13.

“I felt a connection with people since they’re also Christian,” Quon said.

According to club attendees, God always reminds them that he is guiding them through life.

“I’ve gained help from God and know he’s supporting me in school, and I come [to CIA] to remind myself that he’s always still there with me,” Quon said.