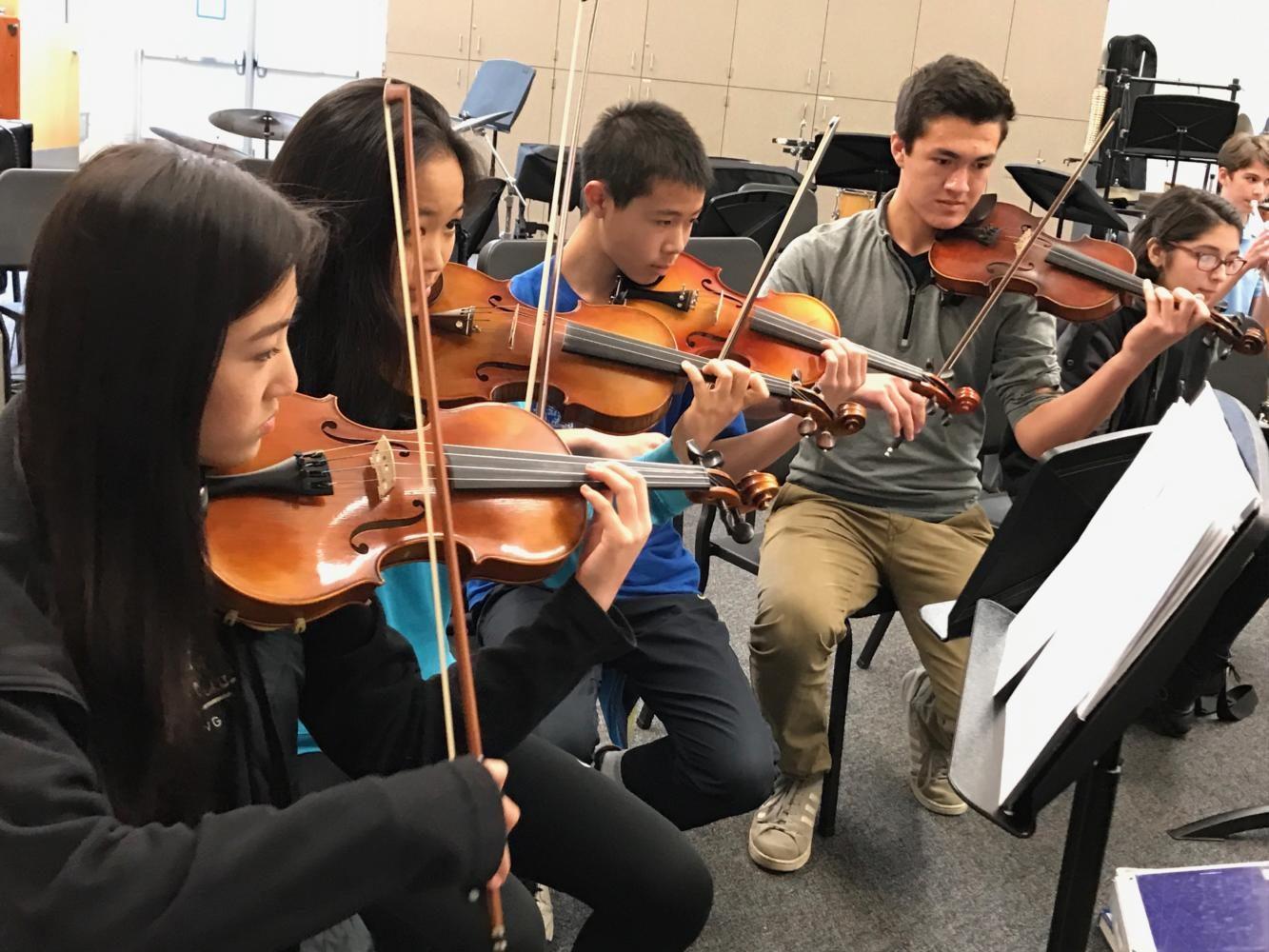 Freshmen Denise Zhou, Selena Sun, and Vernon Luk practice their part in "Another Day of Sun" along with Sam Fields, a junior.

It started out as an idea, as a possibility. Sophomore Alyssa Higdon promptly put it into action.

Higdon, inspired by Damien Chazelle’s Oscar-winning “La La Land,” asked a friend if they were willing to learn the music with her. Over the next few weeks, she spread the proposal to many of her musically-inclined friends.

So far, Higdon had gathered 26 student instrumentalists and vocalists into a group that named themselves City of Scots. The group is entirely student-run; Higdon prepares the sheet music and organizes meetings during lunch.

It has been a large amount of work on Higdon’s part, as she spent several weeks arranging separate musical scores for at least five different instruments.

City of Scots has held two practices so far: one was on April 17, and the other was on April 24. While initial attendance has been rather light, Higdon is confident that City of Scots will be ready to perform in the near future.

Certain participants have been particularly diligent about contributing to the group. Freshman Katrina Tseng, the group’s pianist, and sophomore Raven Grinker, a trombonist, practice in their free time. Both of them are eager to perform their parts.

Grinker said, “I practice whenever I can, around three times a week.”

City of Scots recently decided to perform in the quad on May 15. They will be playing “Another Day of Sun” from the “La La Land” soundtrack during lunch.

“It’ll be cool and exciting,” said Tseng. “I feel like the music program doesn’t get a lot of attention sometimes.”

The group will continue to rehearse for the next couple of weeks. Higdon has poured an extensive amount of time and effort into City of Scots and is excited about its current state.

“Everybody is contributing because everybody is practicing and coming to practice,” said Higdon. “I feel like we’re all doing stuff to make it happen.”