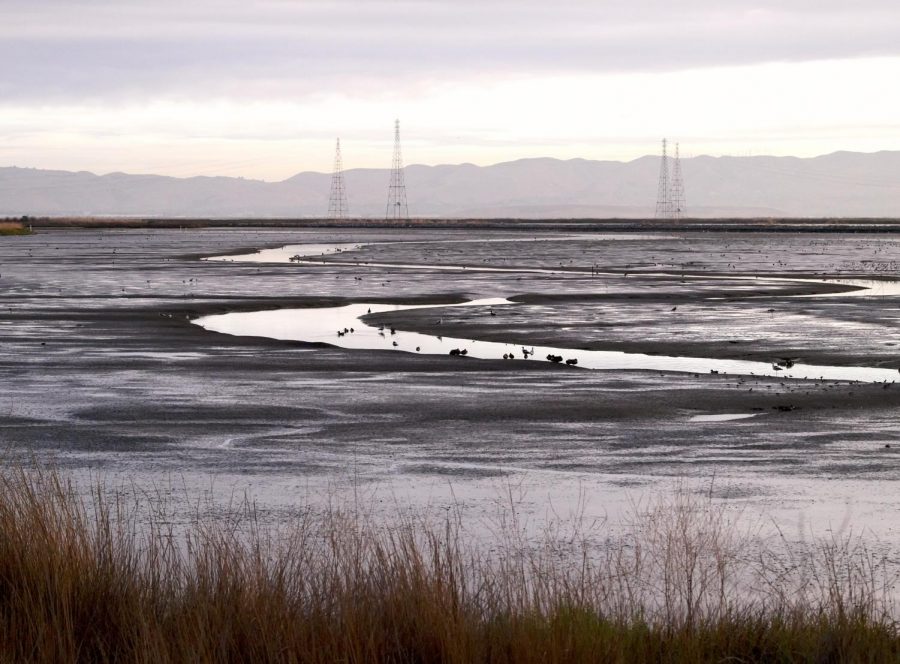 A flock of birds congregate on the bank of an estuary that flows into the San Francisco Bay.

The San Francisco Bay, one of the nation’s most valuable but neglected ecosystems, faces an existential threat posed by climate change.

Throughout the Bay Area, rising sea levels have begun to inundate the lowest-lying areas of the bay’s coastline. Climate change has reshaped the habitats of many Bay Area animals, devastating the nesting locations of birds such as the Western Snowy Plover and putting multiple species at risk of extinction, according to the Golden Gate National Parks Conservancy.

These threats have culminated in an increase in public awareness of the effects of climate change in the Bay Area. Intensifying efforts to reduce climate change both now and in the future, as well as preparing for and adapting to its inevitable impacts, is essential to the sustainability of the Bay Area.

A coalition of Bay Area congressional representatives and local conservation advocates, led by Democrat U.S. Rep. Jackie Speier of California’s 14th Congressional District, is spearheading the effort to pass the San Francisco Bay Restoration Act. This bill would provide increased federal funding for Bay Area restoration, water quality, and protection from sea-level rise. It would allot $50 million per year for five years to support the restoration and protection efforts of the San Francisco Bay and establish a San Francisco Bay Program Office within the Environmental Protection Agency.

The bill, formally denominated as H.R. 1132 and newly introduced as H.R. 610, would direct the EPA to annually compile a list of funding priorities for projects or studies that support environmental projects in the San Francisco Bay estuary. The projects or studies must include efforts that address “(1) water quality improvement; (2) wetland, riverine, and estuary restoration and protection; (3) nearshore and endangered species recovery; and (4) adaptation to climate change,” according to a summary of the bill authored by the Congressional Research Service (CRS) of the Library of Congress.