Cliques: for better or for worse, Carlmont has them 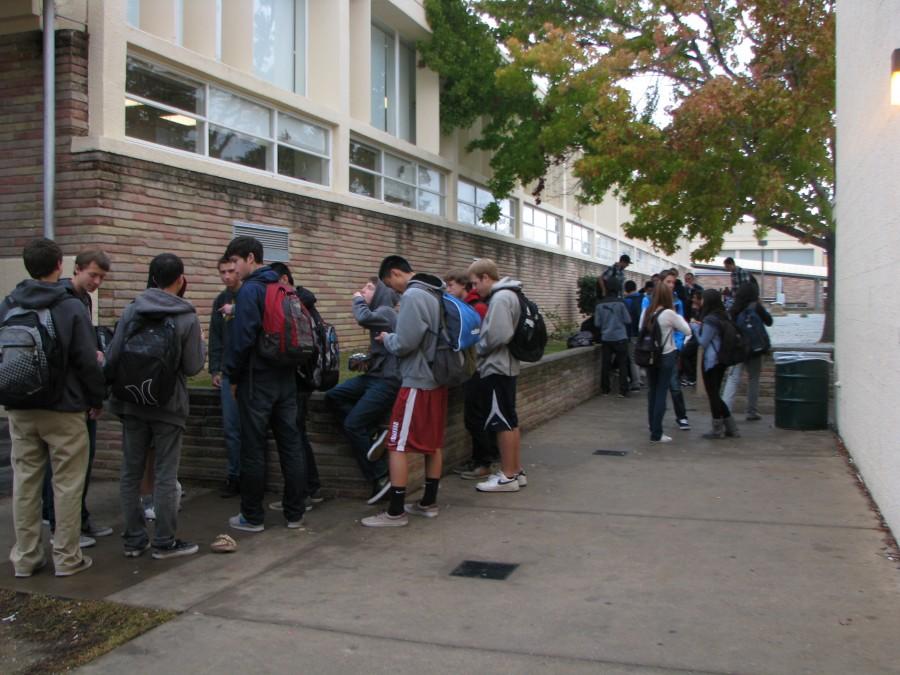 The cliques that exist at Carlmont are similar to those seen on television or in movies, they are defined by where people sit.

A person’s identity in high school is greatly influenced by the people he or she associates with, and Carlmont is no exception to that.

For example, the cliques at this school consist of areas such as the quad, the arts building, the senior tables on the grassy area between the quad and football field, the T Wing, and the Student Union.

Individuals who usually sit in the arts building are likely in a performing or visual arts program such as Choir or AP Art. The quad is a mix of the student body, consisting of many different groups.

Sophomore Vasily Provatakis commented, “No clique is really bad, different people are in them because they all bring different unique qualities to the group that everyone appreciates.”

In spite of the cliques at Carlmont being the fundamental groups that people socialize with, students are not limited to those groups. Large portions of the student population mix with other cliques and groups around campus.

“[Cliques] tend to segregate people by their interests, but at Carlmont I don’t think we have too much clique-ness because there’s a lot of crossover,” remarked senior Becca Chong.

Despite the good and bad sides to cliques, their effects are what make the most difference in the everyday Carlmont student’s life.

Carlmont does have cliques, but they are not necessarily bad.

“I think they are a good thing because it shows that our school has diversity. Even if someone is not invited into a group it is because they have different tastes or are just really shy,” said senior Stacey Hughes.

Cliques are generally looked down upon, but they can also be positive for the people involved in them. By belonging to a clique, participants can be friends with people of similar interests and can gain a sense of belonging and comfort.

“[Cliques are] good because you can spend time with your friends and talk about your life and homework,” stated sophomore Karina Ibarra.

On the other hand, when cliques hurt members, the members can be affected with unfavorable consequences. Some of these problems can include bullying, feeling excluded, and leaving the person with an unhealthy desire to be accepted.

Freshman Dana Reynolds said, “They take away individuality and force people to meet the accepted social normal and that’s not what everybody is. That’s the image that everyone is trying to be.”

As shown by the multitude of websites, such as Wikihow, Thought Catalog, and numerous YouTube videos that outline how to become popular and how to “create the it clique of your school,” being part of a popular clique is the goal for some.

A portion of people have that goal, though most just want to be in a clique of people with alike hobbies. Even though cliques may be imperfect and potentially harmful, many people still desire to be a part of one.

At Carlmont, the cliques may be different than other school, but they still have the same qualities at the heart of them.