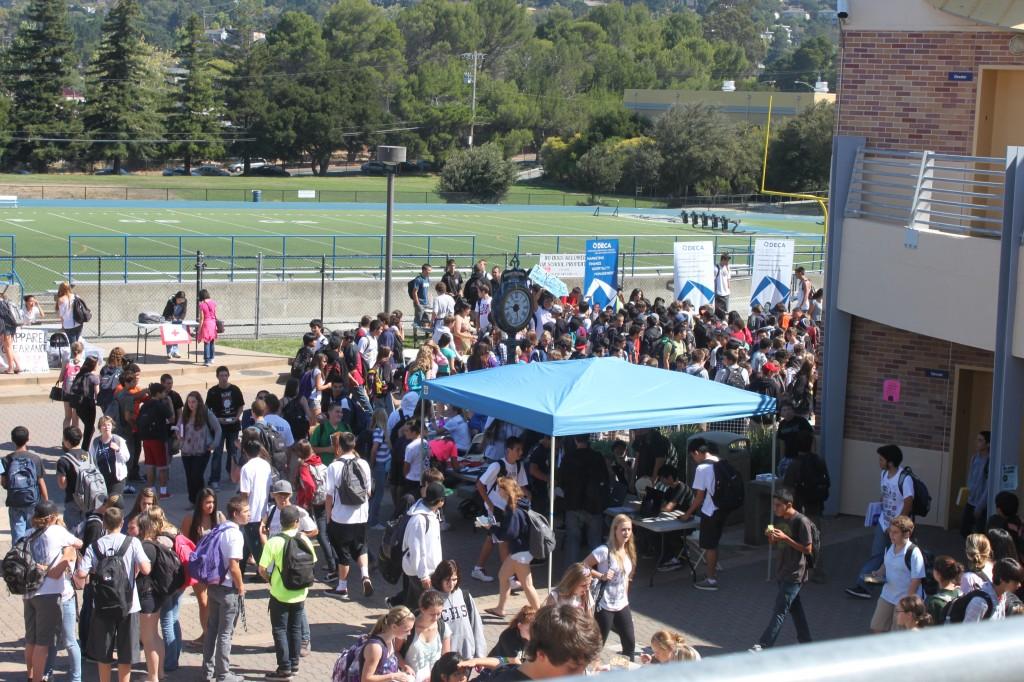 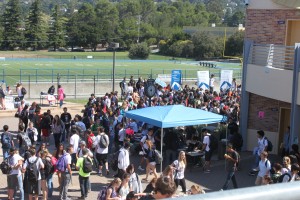 The halls and classrooms where empty at lunch last Thursday as students of all grades flocked to the highly anticipated Club’s Fair.  With great food, entertainment, and even a fighting robot, it is not surprising that almost all of the 2,000 plus students were packed into the quad and the adjacent road.

“My favorite part was the food,” recalled Michael Costello, one of the many who enjoyed the ambiance.  With ethnic clubs ranging from Asian-American to the all-American “MEAT” club, it’s no wonder that many went just for the food alone.

Although just selling the food alone could have been a hit in itself, the real reason for the club fair was not overlooked by all. “I think it was cool seeing all the clubs in one place,” explained Amelia Tupou. “It was really crowded and the lines were really long though.”

“It was hard to get places, but eventually you make your way around,” continued Amelia about the large crowd’s affect on the overall experience.

As the food ran out and the booths had to close up shop, the dense thicket of people slowly returned to its usually vacancy as people headed off to class.